Samuel was born in Lewes on 02/02/1902, and baptised at St John sub Castro a month later on 02/03/1902, the son of Samuel and Florence Mary Potter, nee King. At the time they were living at 30 Spring Gardens, but by 1911 the family had moved to 27 St John Street. Samuel was their eldest child. His date of birth is listed on the 1939 register as 1901 but the civil registration of his birth was in the first quarter of 1902 and his date of birth is recorded on the baptismal register as 1902.

Samuel, as printed in the Sussex Agricultural Express

Samuel married Annie Elizabeth Walter in mid 1926 in Lewes and by 1930 they had four children. The 1939 register, taken in September 1939, gives their address as 16 Mount Harry Road with all the children at school. Samuel was listed as a chauffeur mechanic and his entry was noted as ‘late Royal Sussex…’ The register also quotes his service number as 6392193, which relates to being in the Royal Electrical and Mechanical Engineers (REME).

The Sussex Agricultural Express printed this photograph in 1942 attributing his service to the Royal Army Ordnance Corps (RAOC). At this stage his area of service is uncertain but some time after 1942 he was invalided out of the army and became a voluntary patient at Guy’s hospital. Later it was said that he ‘suffered from his nerves’.

In December 1946 he paid a routine visit to Guys and was prescribed barbiturates, enough to last him a month. On 29th December his wife went out for the evening leaving him ‘pottering about the house doing jobs’. When she returned he was sitting in a chair asleep. Nothing seemed amiss. When she woke the following morning he was still there, the fire had gone out and he was cold. Despite an ambulance being called he died shortly afterwards.

The subsequent inquest recorded a verdict of accidental death saying Samuel had taken extra pills in error. The coroner was at pains to point out that there was no suggestion of suicide. 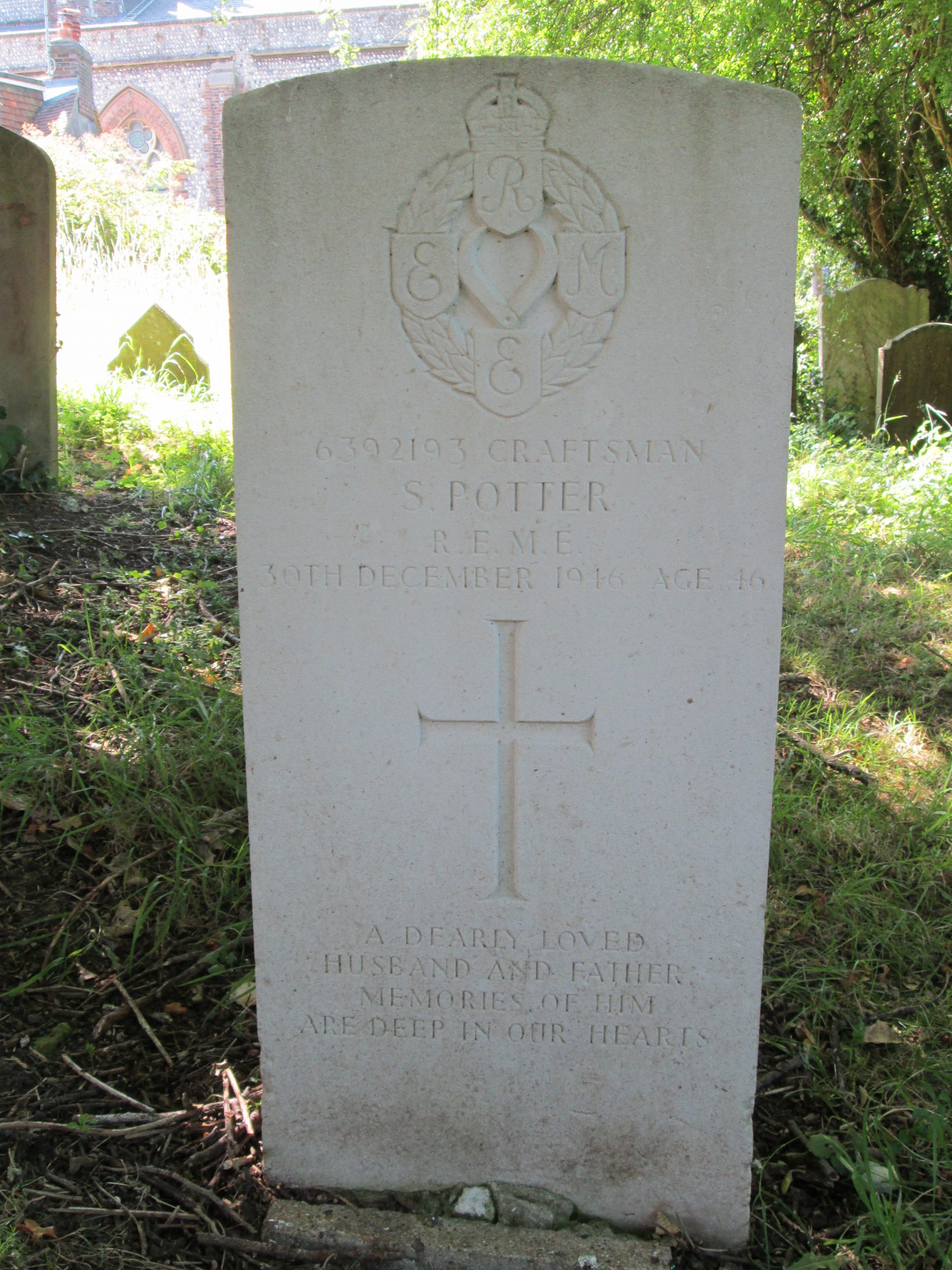 Samuel is buried in St John sub Castro churchyard, on the South side in a CWGC recorded private grave.

Since the Memorial in the church was for men who ‘… had fallen during the war…’ Samuel did not qualify for inclusion.