Robert William was born at Layston near Royston on 14/01/1923, the eldest child of Ruby William and Florence Mary Kemp, nee Wing. He was baptised there on 04/03/1923. Ruby was a family name. Robert’s father was a corporal in the 1st Battalion the Grenadier Guards and living at the Chelsea Barracks when Robert jnr. was born. He was one of a large family born to the couple. His parents had married in Bermondsey in 1922 although Florence’s parents later moved to North Street. 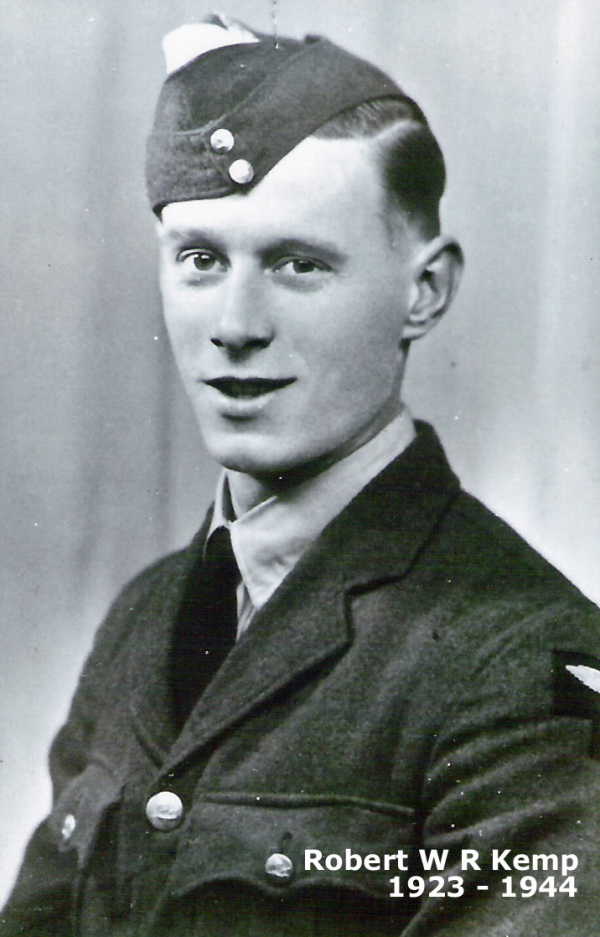 Little is known about Robert’s early life except that his obituary in the local paper says that before WW2 he worked at Ringmer Building Works. He married Mary Louisa Andrews in Lewes in 1940 and they lived at 45 Priory Street. A son, also called Robert, was born in early 1941 and a second son Kenneth the following year. What Robert William could not have known is that when he died Mary was pregnant with a daughter whose birth was registered at the beginning of 1945.

Robert William enlisted in the RAFVR in 1941 and was probably initially placed in 12 Squadron. They were based at RAF Binbrook in Lincolnshire, flying Vickers Wellington medium bombers.

In November 1943, 626 Squadron was formed of 2 flights of eight  aircraft  at  RAF Wickenby. ‘A’ flight came from ‘C’ flight 12 Squadron and ‘B’ flight from new recruits flying newly delivered Avro Lancasters. Over time both flights converted to Lancasters and formed part of 1 Group Bomber Command.

Their first operational flight was to bomb the entrance to Montcenis tunnel in the Alps on 10/11/1943. They were a very successful unit, flying 2778 sorties during the war only losing 49 aircraft on operational flights, but a further 11 on non-operational flights. One member of 626 Squadron was Flying Officer Michael Bentine, of Goon Show fame. 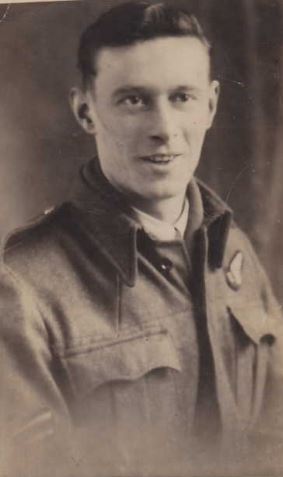 Robert as printed in the Sussex Agricultural Express

Robert was a sergeant flight engineer and part of the crew of a Mark III Avro Lancaster numbered ND964 with the call sign UM-K2. It had only been delivered a month before its final flight. It had a crew of seven men, one of them from the RCAF.

On the evening of 21/05/1944 they took off at 22:37 hours for an operational flight to Duisberg. The mission was successful but on their return they crashed at Tongerlo, 8 km SW of Geel.

Heinz Schnaufer claimed the hit. Sgt McCoy of the RCAF managed to escape but the rest of the crew perished. They were initially buried at Fort 3, British Cemetery near Antwerp, but following the decision of the CWGC to re-inter men buried in small and often inaccessible cemeteries they were all re-buried with honour at Schoonselhof Cemetery in Antwerp. Robert is in grave IVa E 25.

On 24/05/1998 a plaque was unveiled to commemorate the crews of three aircraft that had crashed near the town during WW2, a spitfire, a Halifax and Robert’s Lancaster.

Robert is remembered at the International Bomber Command Centre Memorial on phase 1 panel 58 and on both the St John the Baptist, Southover and St John sub Castro Memorials as well as the Lewes War Memorial.