Roy was born on 26/01/1914 in Liscard, now a district of Wallasey. He was the youngest of three children born to Joseph Henry and Sarah Florence Wharmby, nee Ledgerton. His father was a cotton salesman.
Roy’s early life has not been documented but by 1939 he was working in Hailsham as a cattle food salesman. He married Hilda Heasman in Hailsham in the middle of 1939 and they moved to Milldown, Rattle Road. Hilda had been born in Eastbourne, but brought up at 3 Abinger Place.
A daughter, Sheila, was born in early 1940 while they were still living in Hailsham. A second daughter, Julia, was born in Lewes in 1943 suggesting that while Roy was away Hilda may have moved back to Lewes for support for her growing family. 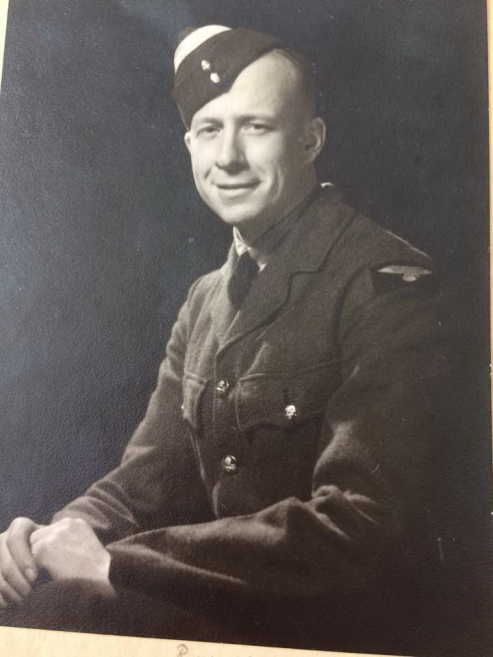 Roy, as shown on a family tree on Ancestry

Roy enlisted in the RAFVR and was numbered 1189418. From this number we know that he enlisted at Cardington after April 1940. The 1942 RAF list suggests his transfer to the RAF as a Pilot Officer on probation on 08/09/1941 and a re-numbering as 104524.
A year later he was listed as a Flying Officer. These lists show him assigned for general duties but do not say where he was based. Shortly after this he was transferred to 7 Squadron, then based at RAF Oakington. They formed part of Bomber Command and Roy was assigned to 8 Group, the Pathfinders section. Their role was to fly ahead of the main bomber group and mark the target to make it more visible to the following bombers.

Roy piloted an Avro Lancaster Mk III with the serial number JA905 and the marking MG-V.

On 14/01/1944 they took off from RAF Oakington at 16:53 with a full crew of seven men. The pilot was Jack Verdun Newton, a member of the RAAF and member of parliament for Western Australia. He had been selected and elected while a serving airman but was never able to take up his seat.

On this operation Roy was second pilot. Their objective that night was the first raid on Brunswick, and in particular two Messerschmitt factories. They were part of a 498 aircraft flight coordinated by Bomber Command but taking off from a variety of RAF stations.
Their allocated route was a rather direct one and the whole flight was detected by the German radar from leaving the British coast until they returned over the Dutch coast. Large numbers of German fighters intercepted them from Bremen and although there was considerable damage only 38 aircraft were lost. Somewhat unusually 11 of those lost were Pathfinders, one of these being JA905.

Details of the crash only came to light after the war. The RAF were able to establish that JA905 and JA935 both crashed north-west of Braunschweig and the resulting explosion and fire made identification of either aircraft or the crew impossible. Later private research in Germany suggested that JA905 had been attacked over Schwarmstedt by more that one fighter, probably from the nightfighter unit NJG 3.
Having been hit JA905 caught fire, turned 180 degrees, lost height and attempted a crash landing in a field. Still carrying its full bomb load a controlled landing was impossible, and at around 19:00hrs it exploded on landing. The site was located just outside the town limits of Warmeloh but closer to the village of Hope, around 4 miles south of Schwarmstedt. It was reported that most of the windows and roofs in Hope were damaged by the blast. 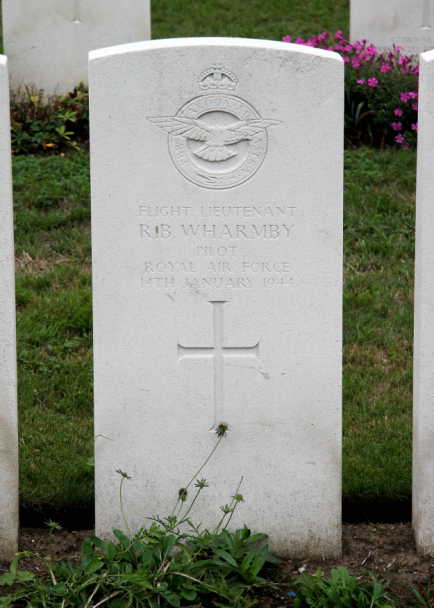 Inevitably there was a large crater and initially the remains of the aircraft and crew were buried in the crater. In 1947 the CWGC exhumed the remains of the men and re-interred them in Hanover War Cemetery on 10/05/1947. They are buried together in a communal grave at 3. G. 4 – 11 but with individual headstones. Roy’s father died in 1948 and Roy is remembered on his gravestone.

He is also commemorated at the International Bomber Command Centre in phase 2 panel 262.

Locally he is remembered on the St John’s sub Castro Memorial and the Lewes War Memorial..