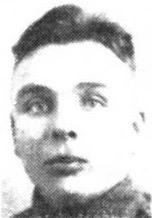 George was born in Lewes on 16/10/1910, the son of George and Alice Gale, nee Stanbridge. At the time George and Alice were living at 4 Edward Street, but by the following year at the census, they were living at Spring Cottages, 12 St Pancras Lane, Southover. George snr was listed as a cement worker. George jnr had three brothers and two sisters, plus a half-sister and a half-brother. He was a boy scout and in later years a keen boxer. He worked as a bricklayer.

George married Dorothy Mildred Staplehurst at Offham on 26/05/1934 and a daughter was born there. A move to 9 Meridian Road followed and three further children were born in 1936, 1937 and 1939. His parents were living in Greens Passage in Cliffe when George married, but moved to 2 De la Warr Green shortly after this.

George had joined the Royal Engineers as a sapper on 29/09/1931 and was numbered 1869504. He joined 5th Field Company in October 1932 and spent nearly 3 years with them before being transferred to the Reserves in August 1935. He was transferred to 26th Field Company on 05/09/1936 and a week later was in Palestine fighting in support of the British Administration against the Arab uprising. This was a bitter conflict with atrocities inflicted on both sides and George’s stay was brief. He was returned to the reserves by mid December 1936. He was awarded the Palestine clasp to his General Service Medal and raised to the rank of acting Lance Corporal.
At the outbreak of war the 11th Field Company RE was mobilised from Aldershot and they joined the 2nd Division of the British Expeditionary Force (BEF) on 20/09/1939. They were sent to France where their role was bridge building and, where appropriate, demolition. 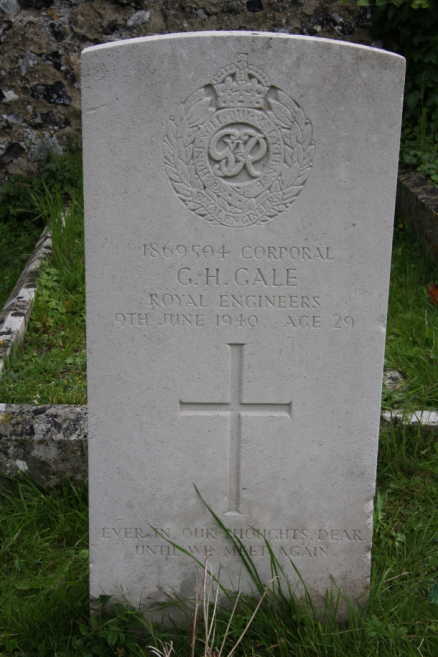 George  was  by  now  a  full  corporal.  The  Royal  Engineers  faced  heavy  fighting  from  a  German offensive in NW France which started on 10/05/1940, and they were forced to retreat. They were evacuated from Dunkirk. Since previously injured men were not seen as a priority to evacuate, George’s injuries, a gunshot wound and fracture to his right leg, almost certainly occurred during the evacuation.
George was hospitalised in Brighton where he died from his wounds on 09/06/1940, a fortnight after his arrival back in the UK.

George’s funeral was held at St John sub Castro and was attended by the Mayor, who read the lesson. The church was very full although two brothers, who were serving in the army, were unable to attend. The report in the local paper lists a lot of floral tributes including one from the Lewes Salvation Army.

George was buried in the Lewes Cemetery in Section B grave 69 where there is a CWGC headstone. He is listed on both the St John sub Castro Memorial and the Lewes War Memorial.