Anthony, or Tony as he was known in the family, was born in Lewes in 1921, the son of Jack and Alice Beatrice Green, nee Gibbs. He was educated at Pells school and in 1933 was recorded in the local paper winning first a heat, and then the final, of the boys under twelve 25 yard novice swimming race, in a gala held in September between Pells and the Central School.
In 1939 his parents were living at 7 Sun Street. His father was a Master Blacksmith and owned the Star Forge in Fisher Street, having learnt his craft from his father Charles.
Anthony was not listed in 1939 as he had already enlisted in the Royal Sussex Regiment. Most battalions of the RSR at this time were home defence or training units. Anthony rose quickly through the ranks and by 1944 was a 2nd Lieutenant.

From 1943 he was attached to the 13th Battalion the Queen’s Royal Regiment in a training role. This formed part of the 80th Infantry (Reserve) Division. Its aim was to take newly trained, older or injured men and put them through a five week programme of tactical and field training, fitting them to join or rejoin the regular forces. Anthony’s previous experience with the RSR was put to good use. The QRR were based in the UK, and this would explain why he was able to get leave to marry Daisy Gladys Lavender in Lewes in mid 1943. 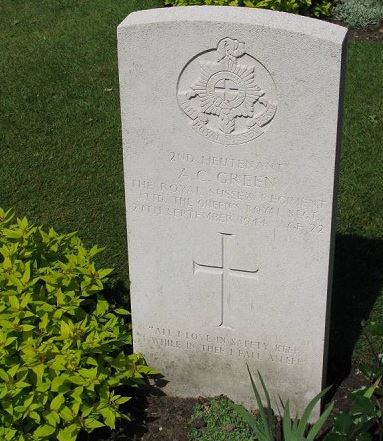 The Division was disbanded at the beginning of September 1944 and Anthony returned to duty with the Royal Sussex Regiment. The 2nd Battalion along with volunteers from the 4th and 5th Territorial Battalions had been formed into a joint battalion, and Anthony joined them when they landed with the 4th Parachute Brigade in Arnhem, as part of Operation Market Garden.
This campaign also involved the USAAF and was a failed attempt to create a 64 mile salient into German territory with a bridgehead over the River Rhine, creating an Allied invasion route into northern Germany.
Starting on 17/09/1943 and lasting just over a week it was divided into two sections. The first part was successful with the towns of Eindhoven and Nijmegen being liberated; however the attempt to secure a bridgehead over the Rhine failed.

Anthony was initially recorded as injured during this campaign, but this was later amended to say he died of wounds on 27/09/1944. He was initially buried in a small orchard near Arnhem with two other men.

In 1945 the CWGC took the decision to exhume and rebury those men who had been originally buried in smaller or isolated areas and locate them in a central cemetery so that proper commemoration and maintenance of the graves, which would otherwise have been unmaintainable, would be possible.
Anthony was reburied with honour on 12/10/1945 at the Arnheim Oosterbeck War Cemetery in grave 14.B.1.

Anthony is remembered, with all Royal Sussex Regiment soldiers who have fallen, in St George’s Chapel in Chichester Cathedral. He is additionally remembered on the St John sub Castro Memorial and the Lewes War Memorial.