You are here: Home>People>Dedications>Lewes Links with the South Pacific

Lewes Links with the South Pacific 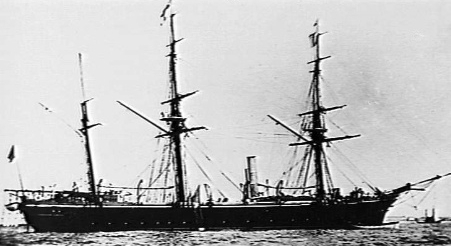 Charles Moore Luckraft RN was serving as a second lieutenant on HMS Cormorant in the South Pacific ocean in 1882. The ship called in at the New Hebrides (now known as Vanuatu) as there had been reports of disturbances. When the naval men landed, Lieutenant Luckraft was attacked and killed by some of the islanders, who were taken as prisoners by the other sailors.

Although in Victorian times such actions seemed to prove the barbarity of the distant islanders, in fact the full story  explains their aggression to the white sailors.

In those days many ships from Australia, the UK and other so-called “civilised” places, would call at the islands and take any able-bodied men or women as workers for the plantations; they rarely returned home and their families never knew their fate. The visiting foreigners were known as “Blackbirders” and were understandably hated by the South Pacific islanders – any white men landing on their shores were therefore people to be feared and attacked. It is most likely that Lieutenant Luckraft’s visit came soon after one of these Blackbirding vessels had called.

He is remembered on the base of the brass lectern and also in the stained-glass windows around the apse of the church.