Lt. Luckraft: Jesus walking on the water and The Good Shepherd
Jennifer Billington 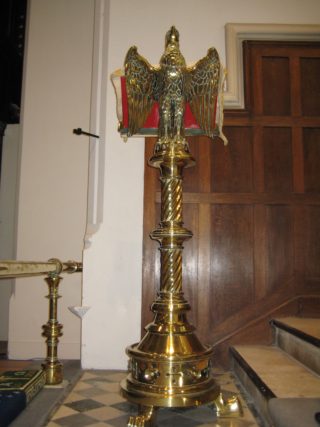 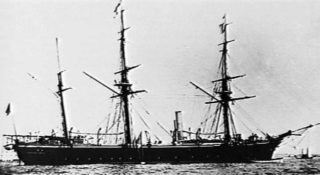 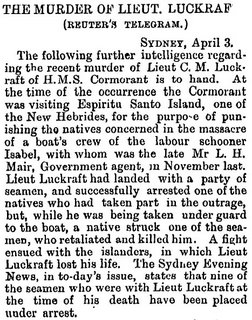 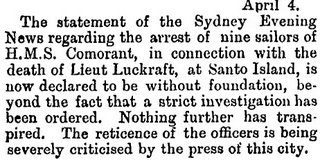 This window commemorates Lt Charles Moore Luckraft  RN (1850-1882) who was killed whilst serving on HMS ‘Cormorant’ in the South Pacific in 1882.
He was married at Greenwich shortly before embarkation to Elizabeth Ann Glover, b.1859.


The small window at the top  shows the symbol IHS. These are the first three letters of the Greek word for Jesus.

In the left hand panel, Jesus appears to his disciples during a storm.
‘It is I, be not afraid’  (Matthew 14, v27)

The two angels below hold nails and a whip – two of the Instruments of The Passion.

Angels with yellow hair are a ‘trademark’ of Henry Holiday (1839-1927) whose designs were adapted to suit the setting of these windows, which were made by James Powell & Sons.


He is also commemorated on the base of the Eagle Lectern.

Lt Charles Moore Luckraft  RN was killed whilst serving on this ship in the South Pacific.
HMS ‘Cormorant’ was an ‘Osprey’ class sloop, whose purpose at this time was to maintain British naval dominance through trade protection, anti-slavery and surveying. She served on the Australia and Pacific Stations during the late 1870′ s and 1880’s.

The circumstances surrounding the death of Lt Luckraft are not altogether clear, but these Sydney Evening News items shed some light . . . For more information about this, click Lewes Links with the South Pacific