You are here: Home>People>Dedications>George Peter Bacon 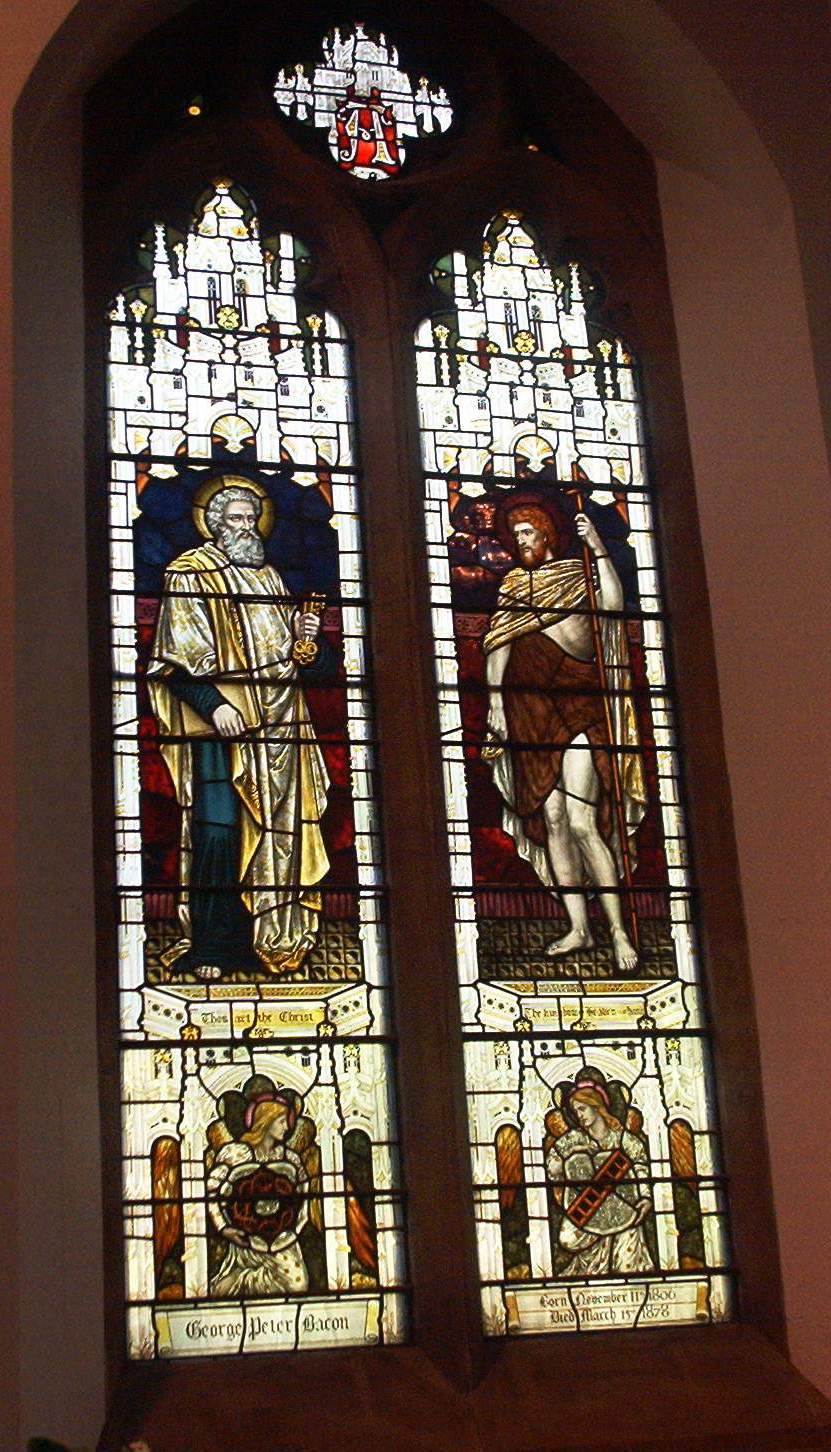 ‘Thou art the Christ’  (Matthew 16, vv15-19) Jesus tells Peter; ‘I will give you the keys of the Kingdom of Heaven’. Below is an angel holding a crown of thorns (an Instrument of the Passion).

The second panel shows St John the Baptist wearing a camel hair robe, leather belt and holding a staff . ‘The Kingdom of Heaven is at hand’ (Matthew 3, v2).
Below, the angel holds a ladder (an Instrument of Passion) 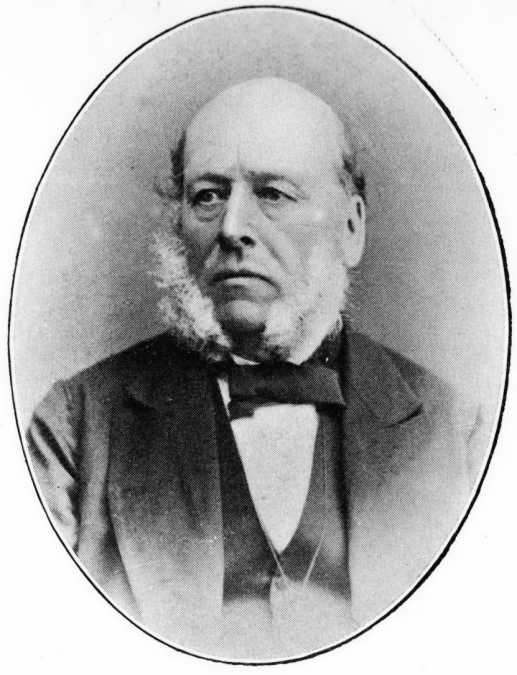 George Peter Bacon (Proprietor and Editor of ‘The Sussex Advertiser’)

George Peter Bacon (Proprietor and Editor of ‘The Sussex Advertiser’)’
Dedicated by his widow, Hannah Bacon and son, G M Bacon, MD, of the County Asylum, Fulbourn, Cambs.’
Born in Norwich, his father was Richard Mackenzie Bacon, the editor of one of the earliest provincial newspapers; the ‘Norwich Mercury’, as well as being a printer and papermaker.
In 1833 he married Hannah Clark (1812-1891)  The 1861 Census finds George settled in Lewes as the  proprietor, publisher and editor of the ‘Sussex Advertiser’, employing 38 men and boys.

‘The Sussex Advertiser’, conducted upon Whig principles, was established in 1745 … until recently, it was the property of the Lee family.
The present proprietor is Mr G. P. Bacon, son of the late editor of the ‘Norwich Mercury’. 64 High St. … ‘ (source: Mark A. Lower, ‘Handbook for Lewes’ 1845)