Frank was born in Lewes on 07/12/1875, the son of John and Alice Strong. He was the 6th of 9 children born to the couple, of whom 8 survived to adulthood.
His father ran a stonemason’s business in Fisher Street, where he employed at least 3 men. The works were on the corner of Fisher Street and Market Lane, and the family lived above the works. Eventually Frank joined his father as a stonemason, taking over the business on the death of his father in 1903. 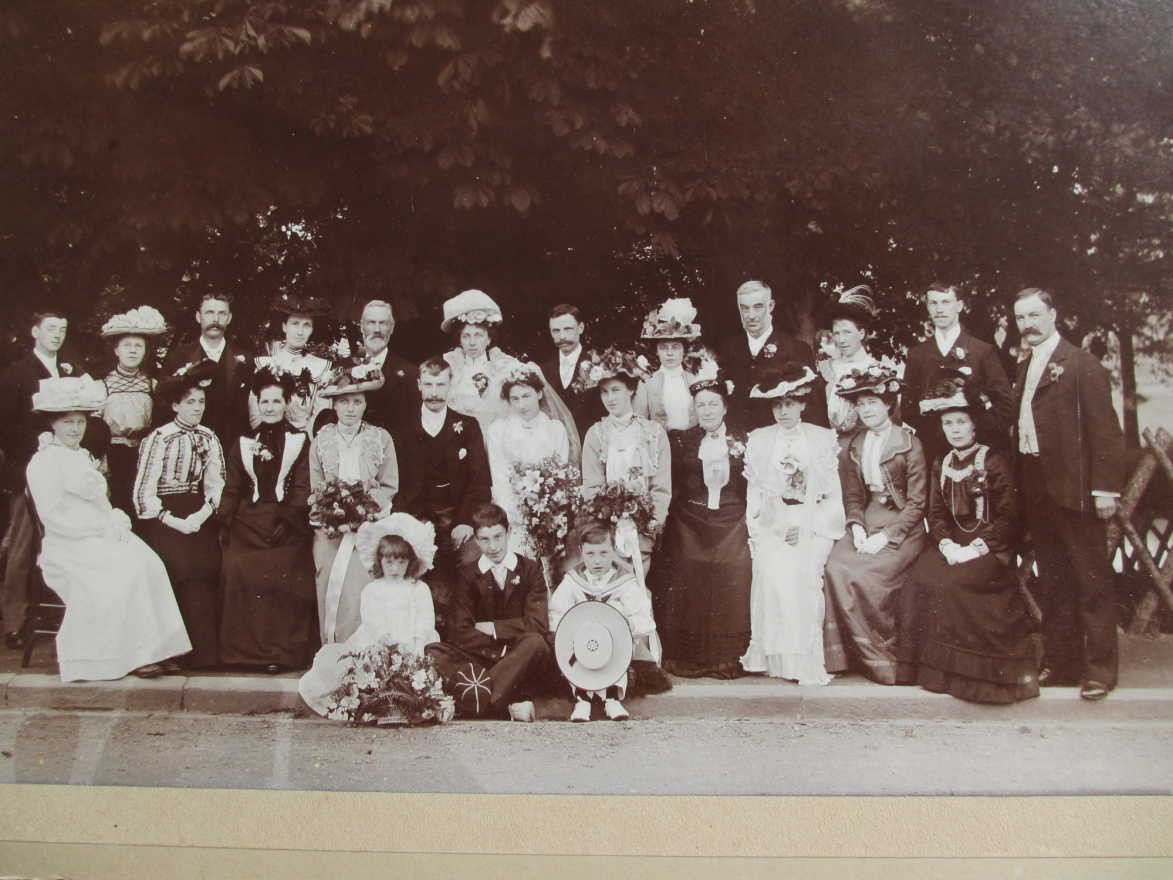 Frank’s wedding in 1902. His father is the bearded gentleman in the back row.

Ethel had been born in Yorkshire, but her family moved to Lewes in the 1880s. They set up home at Ormsby House in Toronto Terrace and had two boys, Frank Cecil, born in 1904 and Bernard born in 1906. Frank’s mother Alice died in 1907.

Frank enlisted in the Sussex Royal Garrison Artillery around 1909 and was numbered 198128. This was a part-time coastal defence unit and he would almost certainly have been in No 2 Company, which was based in Watergate Lane. He served for 3 years and would have been trained in gunnery while continuing to run the business.

On 23rd April 1912 he put the entire business and all his household effects up for sale as he and Ethel had decided to emigrate to Canada. In addition to general masonry, the stock in trade included a number of head and foot stones and crosses. It is thus very likely that his parents’ gravestone in St John’s churchyard was made at the works.
The family left Southampton for Quebec on the SS Ascania arriving on 14/05/1912 and giving their intended destination as Hamilton. They set up home at 430 Charlton Avenue, West Hamilton, Ontario. Ethel and the two boys returned to England in 1913 and returned to Canada 6 weeks later bringing her mother with them.

Some time before March 1913 Frank joined the Hamilton Militia. This was almost certainly as part of the Argyll and Sutherland Highlanders, and he served a further 3 years. It is not completely clear where he enlisted in 1916, but his papers suggest he joined the 173rd Overseas Battalion of the Canadian Expeditionary Force as a private numbered 690499.

The Battalion left Canada aboard the SS Olympic in November 1916 and were sent to Shoreham for further medicals and training. It was noted that Frank was not particularly robust and had trouble with his teeth. He joined the 1st Canadian Labour Corps and they landed at Le Havre on 08/01/1917. He was now 42 and his battalion was involved in making roads across difficult terrain.

By September 1917 they had reached the Somme in the lead up to the 3rd battle of Ypres, Passchendaele. The battalion war diary records them at Chateau des Treis Tours in July 1917. The camp was bombed on 22nd, and 5 other ranks were recorded as wounded.

Frank’s papers say that he was wounded by a gunshot to his abdomen on 22/09/1917. He was taken to the 4th Casualty Clearing Station but died the same day. He is buried at the Dozinghem Military Cemetery in plot VII C 21. 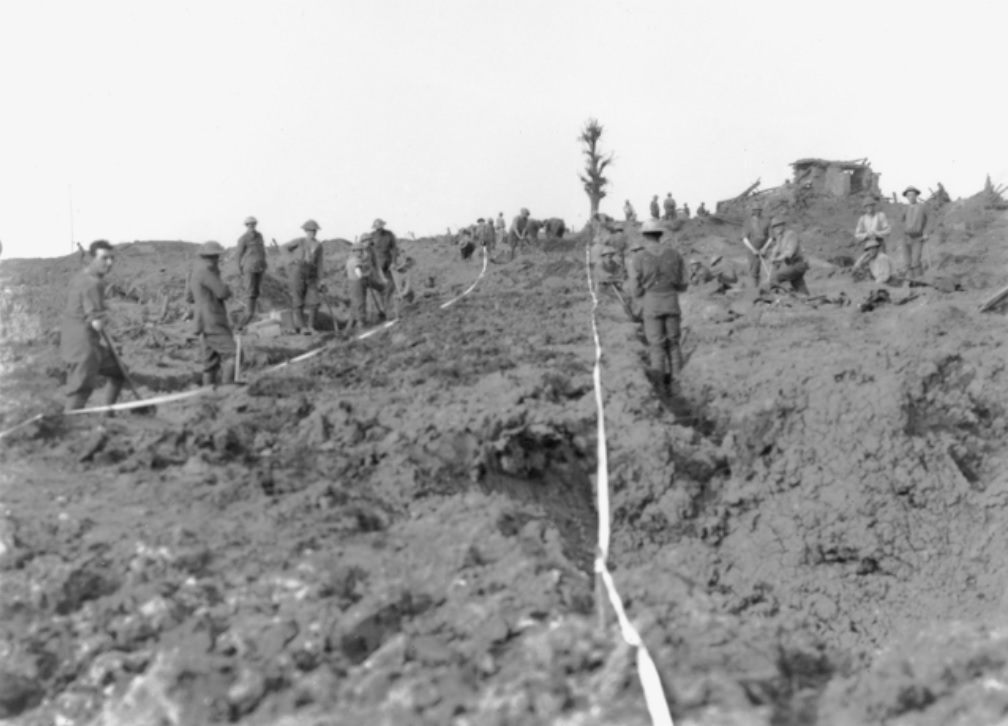 Road building at Ypres just a week after Frank’s death.

Frank is remembered on page 334 of the Canadian First World War Book of Remembrance, which is on permanent display at the Peace Tower in Ottawa.
He is also on a tablet in the Church of the Ascension in Hamilton, and on the Lewes War Memorial.

Although Frank is not listed on the St John’s memorial, he is remembered on his parents’ gravestone in St John’s churchyard.
This can be seen on the link:
https://www.stjohnsubcastro-history.org/wp-content/uploads/2021/10/Memorial-Images-with-Inscriptions-158-602.pdf)
(Scroll to Memorial number 239)