Harry William Bishop was the son of Joseph Frederick Bishop and Sarah Smith. He was born in Brookham and baptised there on 27/12/1874. The family moved to Lewes between 1879 and 1881, as the census records them living in South Street, Cliffe in 1881. Joseph was a sawyer working at a steam mill, rising to become the foreman.

Harry was one of seven children born to the couple. All the children had been born in Surrey and they clearly still had connections with the area, as by 1891 Harry was working as a miller’s apprentice in Reigate.
Frederick and Sarah remained living in Lewes, moving to Toronto Terrace by 1891 and Friars Walk by 1901.
Sarah died in 1901 and Joseph in 1912.

Harry married Florence Eliza Price in Lewes, in the second quarter of 1897. She was a local girl. In 1901 the family were living in Portswood, Hants, with Harry working as a steam sawyer. A daughter Dorothy Florence had been born three years before, and a second daughter arrived in 1902.
By 1911 the family were living at Durley and Harry was now a foreman for a timber merchant. Dorothy may have been at school in Lewes, as she was apparently living with her grandparents.

Harry’s brother Arthur emigrated to Australia in 1911, and Harry and the family followed suit the following year. They left Southampton on the SS Gothic on 20/12/1912 arriving in Freemantle five weeks later. They moved to live at 9 Peach Street, Perth.

On 11/02/1916 Harry enlisted in the Australian Imperial Force as part of reinforcements, and was numbered 1624. Following training and medicals he left Freemantle on 06/06/1916, arriving in Plymouth six weeks later. Further training and medicals followed, and he was taken on to the strength of the 44th Battalion on 18/11/1916. They sailed for France from Southampton. It is known that his nephew, probably Arthur’s son, was in the same force. 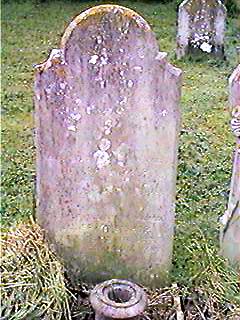 Although his Australian army records are very full they do not give any details of his death on 11/10/1917 except to say killed in action. He has no known grave and is remembered on the Menin Gate Memorial at Ypres.
He is also listed on panel 137 of the Australian Memorial in Canberra. Names of the dead are projected onto the wall of the Memorial by rotation roughly every 4 months.

Harry is also remembered on the gravestone of his parents and sister in St John’s churchyard, which together with the inscription, can be seen on this link:

Harry was eligible for the War and Victory medals and these, along with his effects, memorial scroll and memorial plaque were sent to Florence, who had moved to Cottesloe.