You are here: Home>New contributions>Fragment of statuary found on the site of St John sub Castro old church

This statuary fragment, found at a depth of about 1.2 metres on the site of the old church in 2017, is considered to be part of a large religious sculpture – possibly of John the Baptist, the patron saint.

The stone used  has been identified as alabaster – a soft white stone which was particularly popular for carved devotional figures during the 14th-16th centuries in England.

The carving shows part of a right foot (toes missing) with adjacent dark blue and golden drapery. The reverse side of the piece is relatively flat, with a rough finish. This suggests that the fragment was part of a larger carved panel or frieze, rather than a fully three dimensional figure. The size of the foot suggests that the carving was approximately two thirds life size. 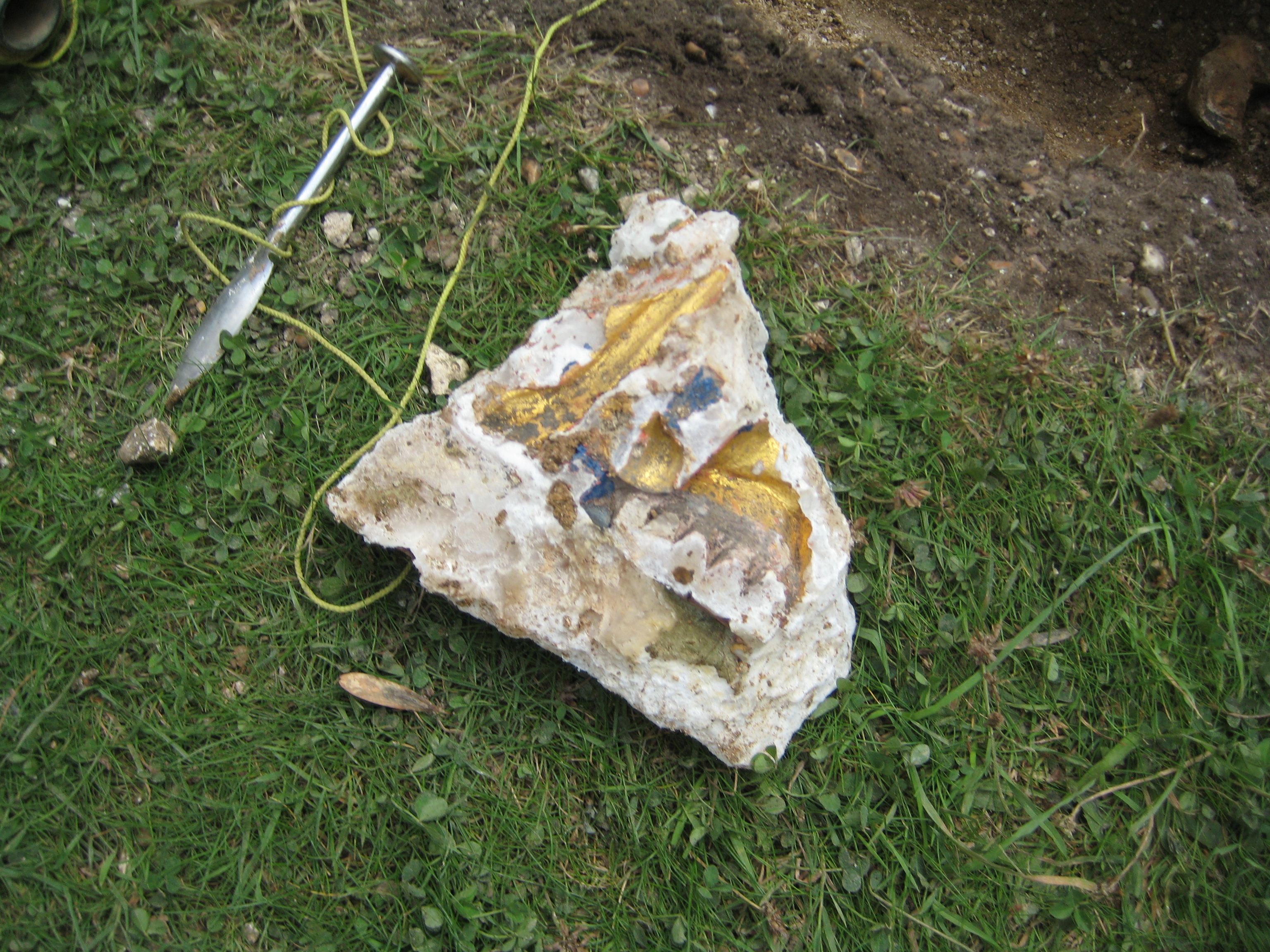 As a result of recent pigment analysis,82 the gold, blue, green and flesh tones identified on the fragment are consistent with those found on other English medieval alabasters. Painted and especially gilded decorative stones recovered from archaeological excavations are rare, because the original pigments have seldom survived the centuries.

What circumstances brought it to where it was found?

As mentioned previously, the 1779 alterations were considered to be a “destructive reparation”, from which “brasses, stained glass and anything movable” suffered. It seems likely that the statuary of which this fragment was a part may have been one of the  casualties of this “destructive reparation” – the broken pieces being thrown in with the filling material used to raise the nave floor. Which raises the question, where are the remaining pieces?!

For details of of other recent archaeological  finds on the site, click this link:

A Guide to the Story of St John sub Castro