The Victorian floor is lifted, 2015

By the 10th April, many of the floorboards had been removed, exposing the joists beneath, and the underfloor space. 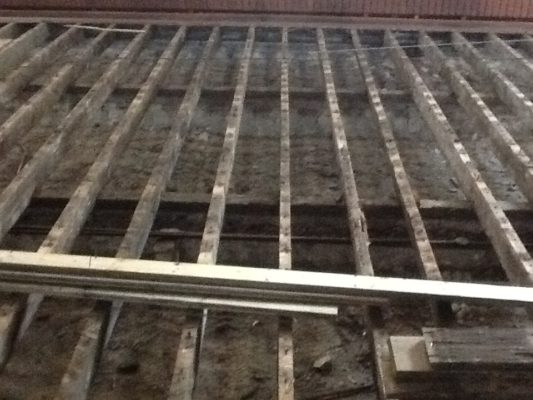 Also revealed were the foundations for the columns: 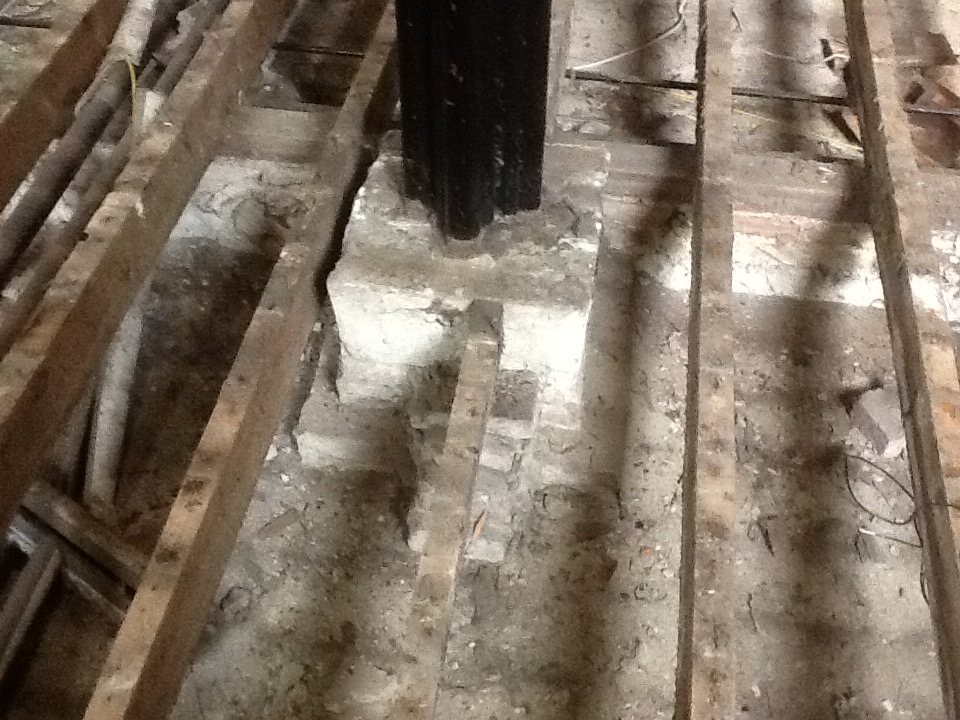 Of particular interest were the bases still remaining under the floor for the columns which had been removed when the original West Gallery was taken down in 1883. 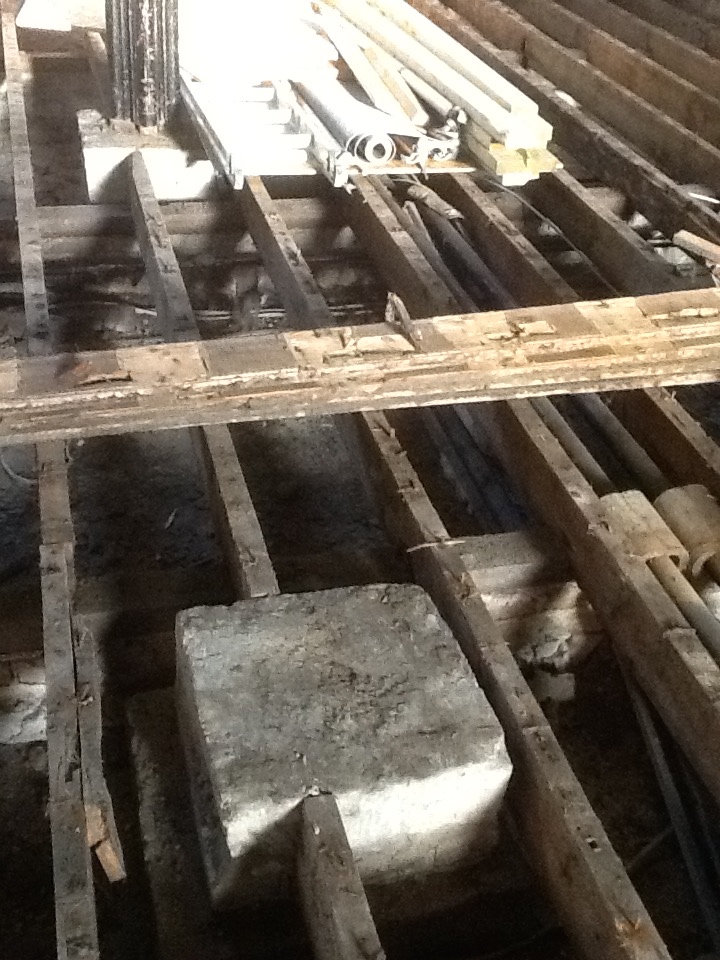 Unfortunately, many of the floor joists and bearers – on the South side of the Nave particularly – had deteriorated during their 175 year life, and had to be removed.
Note the construction underneath the centre aisle – brick sleeper walls to carry the stone slabs forming the floor of the centre aisle. The ducts thus formed carried the flow and return heating pipes to the radiators from the original boiler, which was in a chamber beneath the chancel floor. 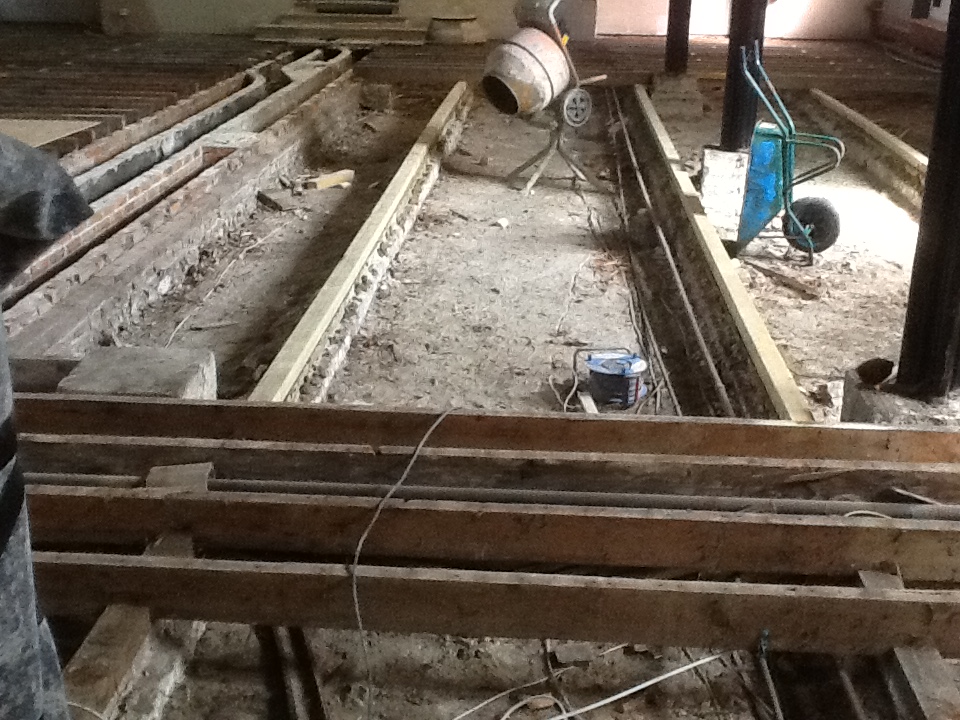 Many floor joists were replaced: 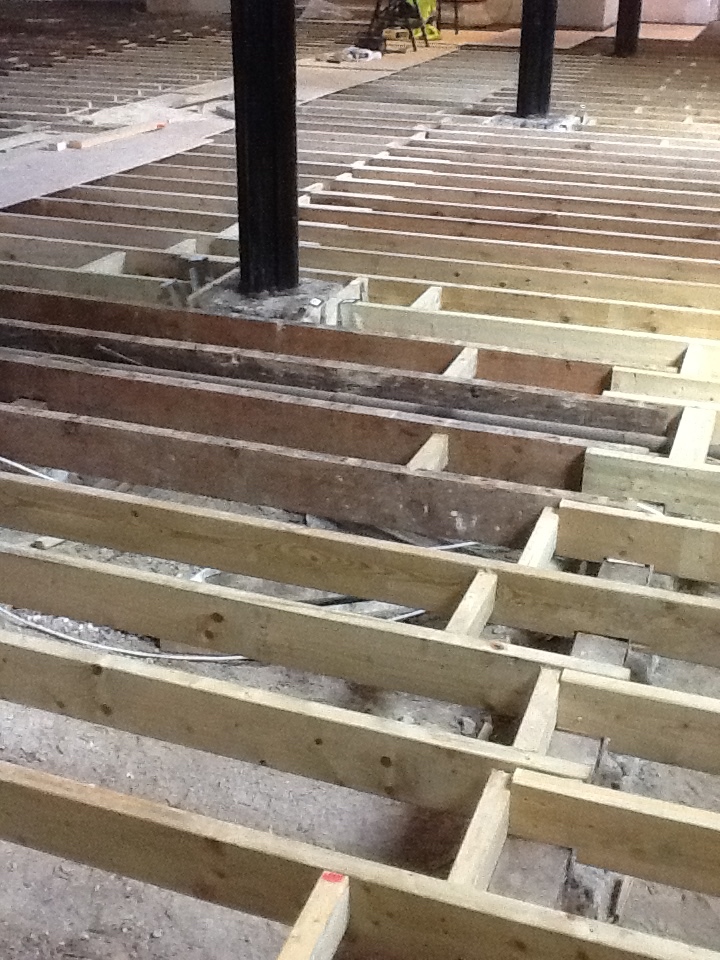 The next thing was to lay the new sub-floor, comprising sheets of 18mm plywood