St John sub Castro before the start of the Trinity Project, 2015 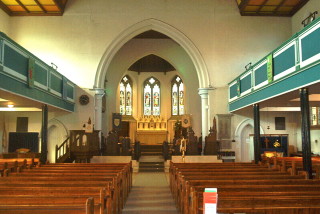 Before we started . . .
Stuart Billington 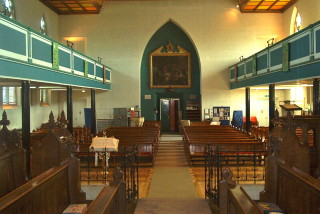 Before we started . . .
Stuart Billington

In 2013, under the leadership of Rev. Steve Daughtery, an exciting new Project was born.

The plan was to unite the Churches of St John sub Castro, Southover, and St Michael’s South Malling under one banner called Trinity Church.

A key element of the project was to transform St John sub Castro into not only a modern place of worship, but also into a Community hub.

This was planned to provide musical event seating for 400, several meeting rooms for hire, a commercial grade kitchen, and flexible space for dancing and for theatre and opera in the round.
Peter Pritchett of Architects John D Clarke  was appointed to carry out a feasibility study, and this  reported in August 2014.

Following discussions and refinements, and with the promise of enthusiastic financial support from the Diocese of Chichester, alterations to St John sub Castro began on 7th April 2015.

As a reminder, these photos show what the church looked like before the work started . . .

Within a short time, the pews and other furniture had been removed.