DO HAVE A WALK AROUND OUR PEACEFUL OLD CHURCHYARD – and look out for some of the things mentioned here.

Take care –  some of the area is much overgrown and in places difficult underfoot, and many of the graves are in a most dilapidated state- but it is a very peaceful place in the middle of a busy town.

Set into the outside wall of the church is a semi-circle of inscribed stones, known as the MAGNUS ARCH.  They record in Latin that in the 12th or 13th centuries a Danish prince, Magnus, lived walled up as an anchorite (a hermit) in a cell probably built in to the old church (now demolished).
Below the inscription is a medieval coffin stone lid.

Around the other side of the church see the arched doorway of the old church, Saxon in date – probably the oldest Christian relic in Lewes.
Below it is another medieval coffin lid.
Above it is a plaque dated 1635, with the names of 2 Churchwardens, recording the restoration of the church in that year.

Next look for a large flat slab or plinth  further away from the church building – for many years believed to be the site of the chancel of the old church, later used as the burial vault for the Crofts family, who were 18th and 19th century Rectors.

Return to the path and turn left, then bear right down the slope to a modern bench, donated by Lewes Town Council in 1981. 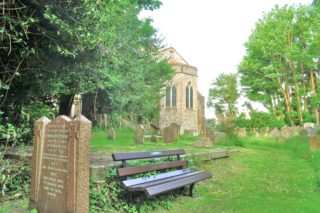 Facing the bench is our Wildlife Area, initiated by a local resident , Adrienne Campbell, and now maintained by the Sussex Wildlife Trust and a group of willing local volunteers. A memorial seat to Adrienne is situated at the far edge of the churchyard.

Take care –  from here the area is rather overgrown and in places difficult underfoot . Please do not disturb the safety fences  or the beehives near the northern edge.

Behind the modern bench can be seen seven headstones beside each other, marking the graves of the Weston family, from 1811 to 1871.

In front of these are two stones of the Sharp family, rather weather-worn now, but beautifully carved.  For those with sharp eyes, spot a footstone behind these for Mark Sharp.   He was a carpenter and before he died in 1747 apparently made his own gravestones and carved all the tools of his trade on the “back” of the footstone. 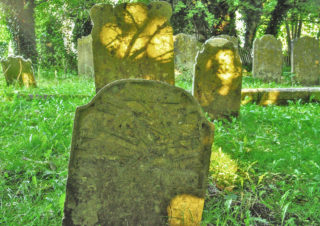 Coming back to the main path, look out for one of the Commonwealth War Graves in the churchyard. This one is for W.H. Wren – see if you can find two other war graves in other parts of the churchyard.

The most notable monument to see is the Finnish memorial – look for the obelisk. 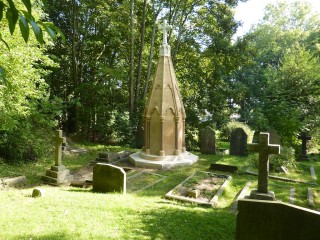 This is in memory of the Finns who were taken prisoner in the Crimean War when the Russian fort of Bomarsund in the Baltic was captured by the British and French.   They were brought to Lewes, to the old Naval Prison not far from the church, and many died, probably of tuberculosis.

The memorial was put up by the Czar of Russia (of which Finland then formed part) in 1877, and restored by the Soviet Embassy in 1957 at the request of the Friends of Lewes.   In 2013 it was further restored with funding from the Russian and Finnish Governments and a Finnish charity.   It is designated by English Heritage as a Grade II listed building.

Back again to the path and on the far side directly opposite the memorial you will find the grave of Charles Dawson, the local solicitor, who in 1912 claimed to have discovered the prehistoric “Piltdown Man” – now known to be a hoax. 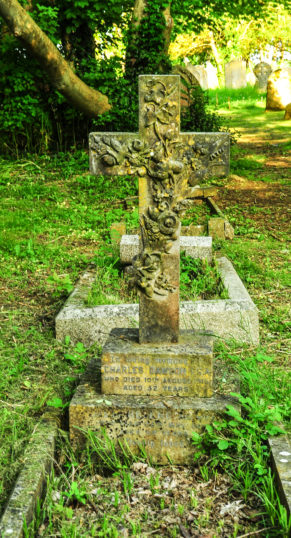 When you have come to the end of your visit, leave the churchyard either by the gate at which you entered, or you can find your way out through the trees at the south-east corner of the bottom end, coming out by Lewes Little Theatre on Lancaster Street.