The Organ at St John's 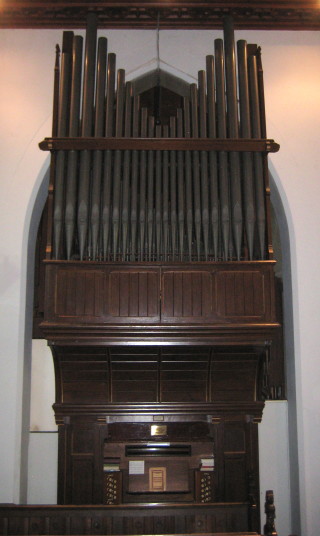 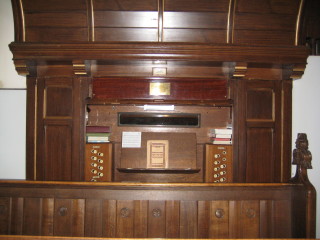 History
St John sub Castro was built in 1840.
At that time, the church was built with a West gallery, and it would have been usual for the organ to be sited in that gallery.
The West gallery was removed in 1883, and no trace of the original organ now remains.
The present organ dates from 1884, and is sited adjoining the chancel in the purpose-made organ chamber constructed at that time.
The new organ is believed to have been built by Bishop & Son.
It was rebuilt in 1927 by Morgan and Smith, incorporating substantial changes to the stop-list.
Further stop changes were made in the 1930’s.
There are indications that it received a thorough overhaul in the 1960’s.
John Norman made a comprehensive report on the organ in 1999, and recommended the following:
1.       Restore present mechanism by re-covering with fresh leather
2.       Clean and carry out minor repairs
3.       Modify the worst of the eccentricities of the 1927 tonal design
Items 1 and 2 were carried out in 2011.
Item 3 was carried out in August 2016, and included the following:
Swell manual – removal of the Harmonic 12th stop and addition of a Principal 4
Great manual – removal of the Horn Diapason stop and addition of a 2 rank Mixture
Pedal – Addition of 2 rank Mixture, as Great.