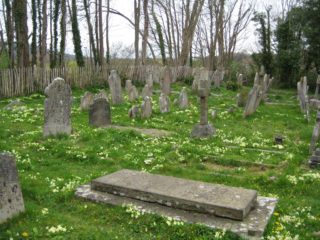 There seemed to be no solution to this problem. Facilities were inadequate and the large age gap could not be coped with. The Church was large but the space could not be used. The 11.00 am service to be kept at present. The present situation was not satisfactory but at present there was no solution.
Discussion ensued on the building of Halls in churchyards. It was pointed out that monies would be a burden on the PCC if no income could be raised from a Church Hall because it was on consecrated ground. It was agreed in principle that a church should be allowed to build a Hall next to a Church.
It was agreed that the question should be raised at the next Synod meeting.

Although little reference can be found in earlier years to the problem of finding space to accommodate several groups of children according to age, the significant church growth which occurred in the years following Revd. Michael Loughton’s arrival clearly highlighted the problem, and prompted thoughts of building a Church Hall in the churchyard. This idea was re-visited again in the 1980s but never implemented.
The major alterations to the interior of St John’s in 2017 have now provided a solution by creating a new room on the ground floor, and two new rooms on the gallery floor.