You are here: Home>Places>St John's Church>From Victorian times to 2014>Church alterations>Alterations to the Nave ceiling, 1903

Alterations to the Nave ceiling, 1903

When the present church was built in 1840, the roof was pitched as it is now, but the Nave ceiling was very different. We read in LS Davey’s History of St John sub Castro:In 1903, the old flat ceiling of the church became unsafe and discoloured and it was replaced with a new roof  of pine wood and plaster panels.
Interestingly, we can get some idea of what the old flat ceiling might have looked like from photographs of St John the Evangelist, Carlton Hill, Brighton.
This church was built by the same builder, George Cheesman, and was completed in the same year as St John sub Castro.
Many of the interior architectural features are similar to those at St John sub Castro, and the West gallery is still in place – unlike at St John sub Castro, where it was removed in 1883.
The Church of England declared it a redundant church in 1980, but in 1986 it was taken back into use by the Greek Orthodox community .

Sadly St John the Evangelist was badly damaged by fire in 2010, but these photographs – taken after the fire – show what the flat ceiling probably looked like in our own church.

Mr Davey’s description of a new roof  of pine wood and plaster panels is amply demonstrated by this pre 2017 picture of the ceiling. The decorative style is believed to date from the 1960’s, and has attracted much comment over recent years – it has clearly not been to everybody’s taste! 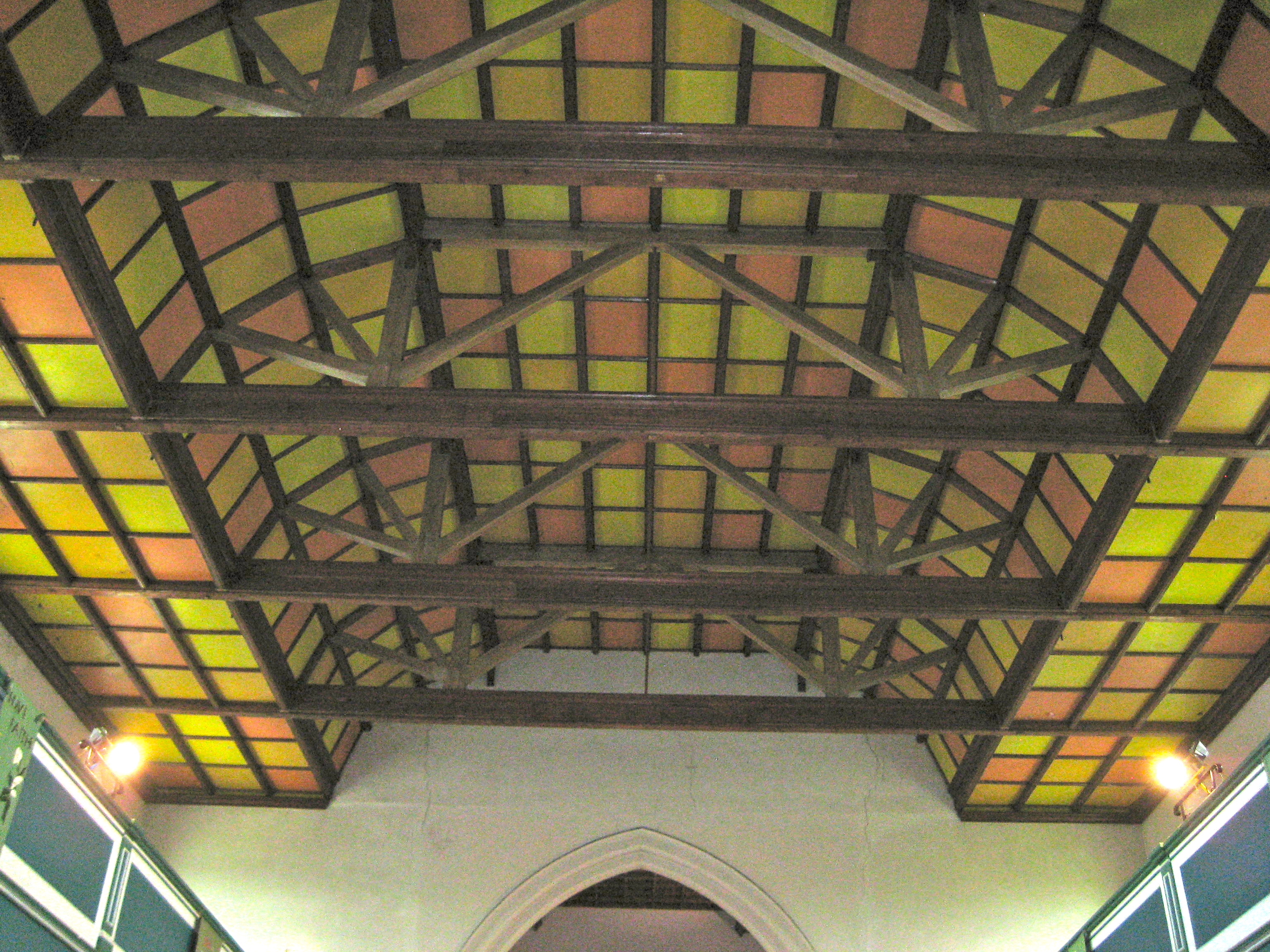