The majority of the new below-ground drainage work was in the churchyard.
The objective was to pick up roof drainage from the Nave, Chancel, Sanctuary and Vestries, and drain it to two new soakaways at least 10 metres away from the building.

Because there are many graves in the churchyard, a ground penetrating radar survey had previously been carried out to determine the optimum position of the new soakaways in order to minimise the risk of disturbing graves and meeting obstructions.
It had been anticipated that the ground beneath the main pathway through the churchyard would be relatively clear, and so it proved to be.
The chosen route however could not avoid crossing the footprint of the medieval church, demolished in 1839. There was clearly an archaeological interest in that excavation, and an archaeological watching brief  was therefore required.
This was provided by Archaeology SouthEast.

Some interesting finds were made during the course of the excavation, and these are described in Archaeology SouthEast’s report of the watching brief.

These photos show the excavation of the drainage trenches and soakaway pits: 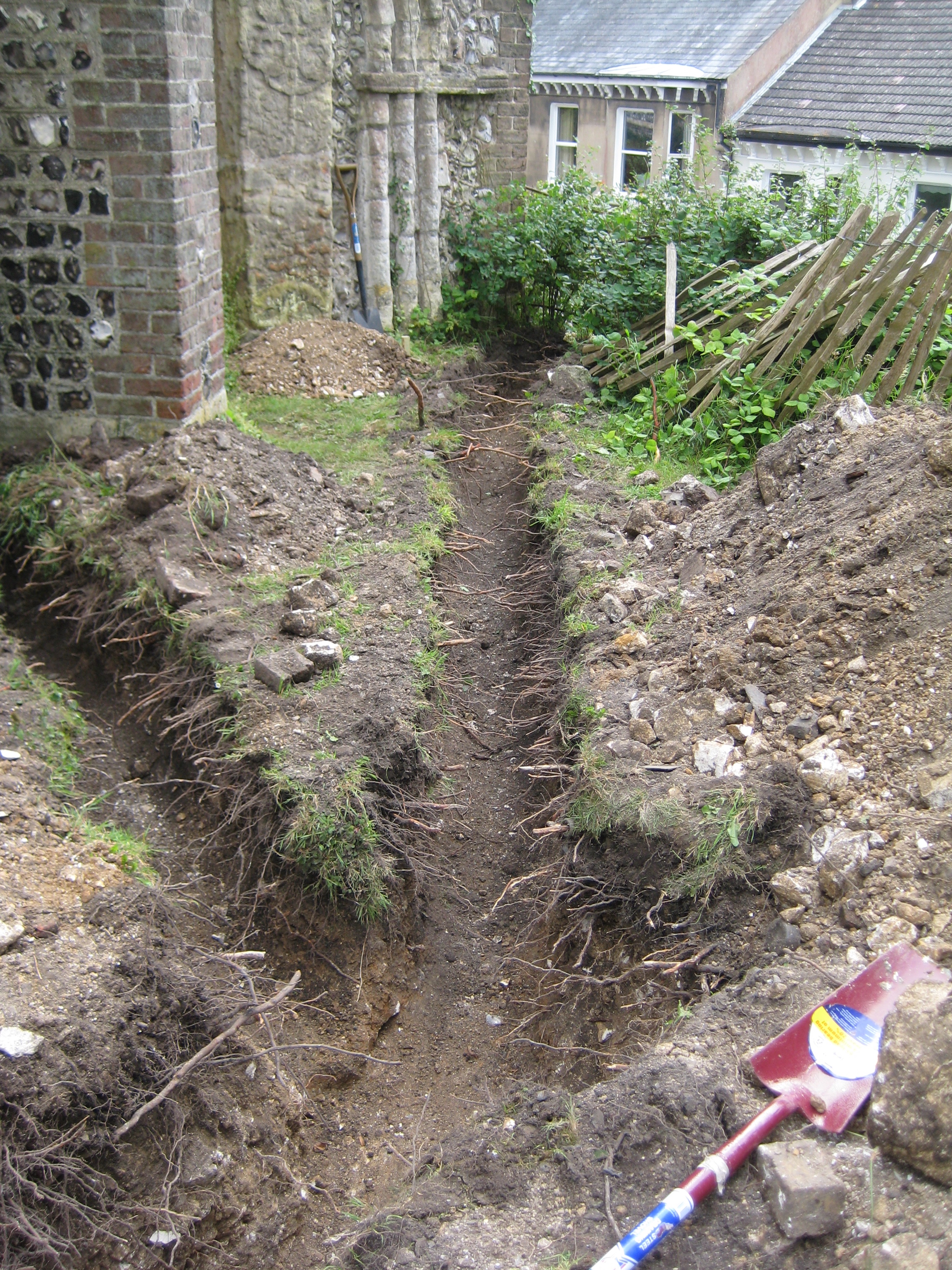 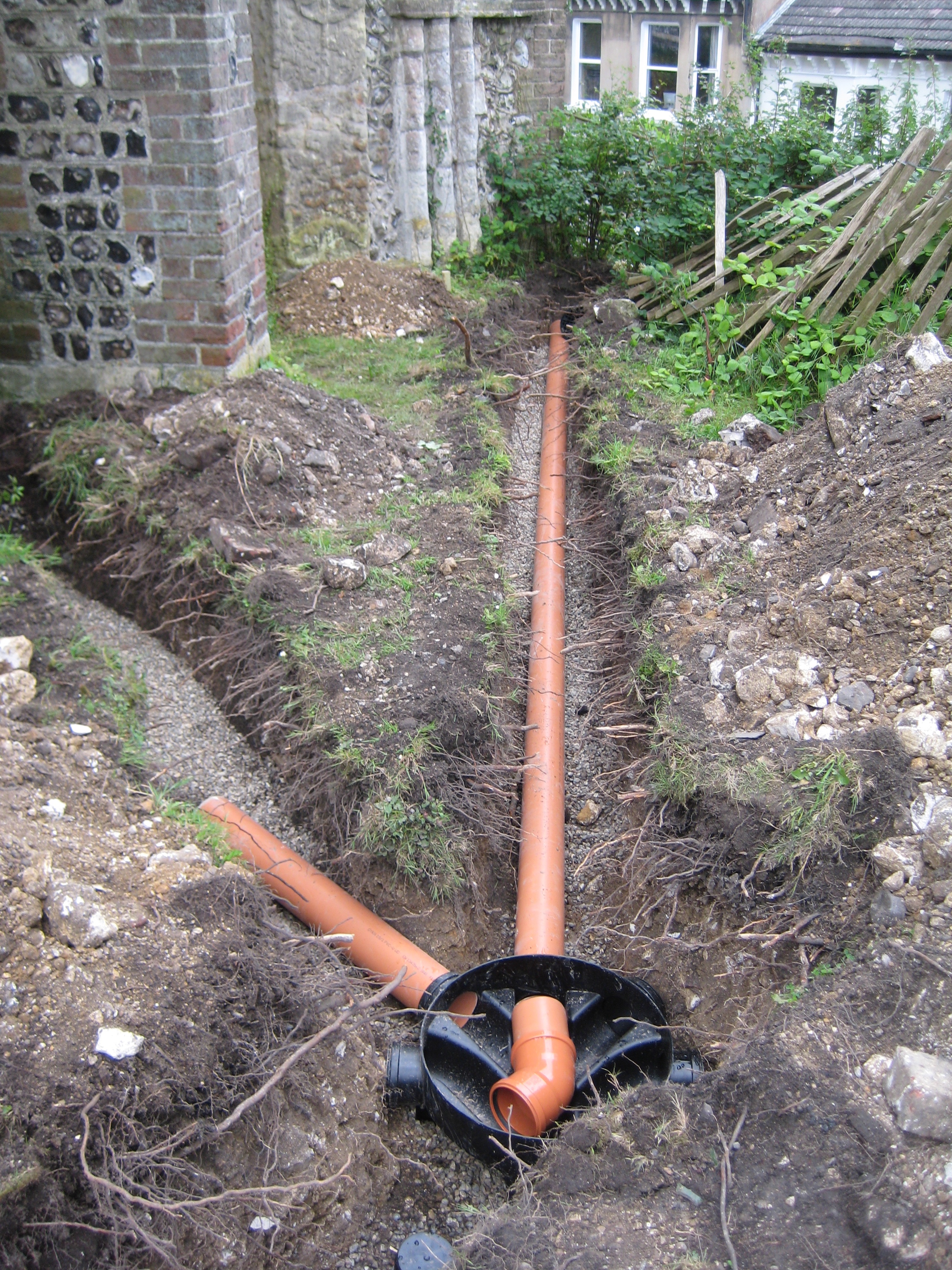 In the photo below, the first soakaway is at the far end: 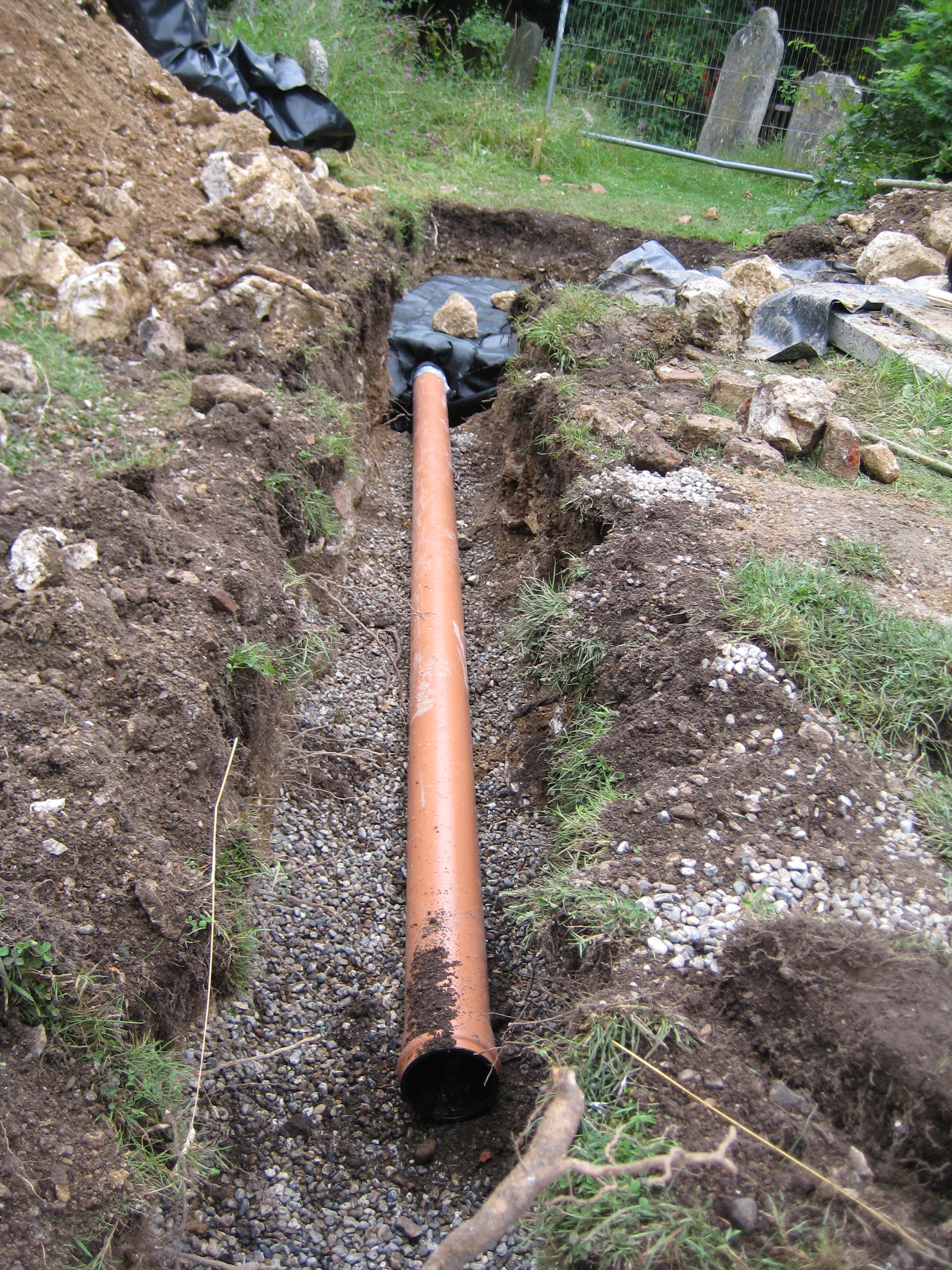 and looks like this (but with more units to build it up to 45 cm below ground level): 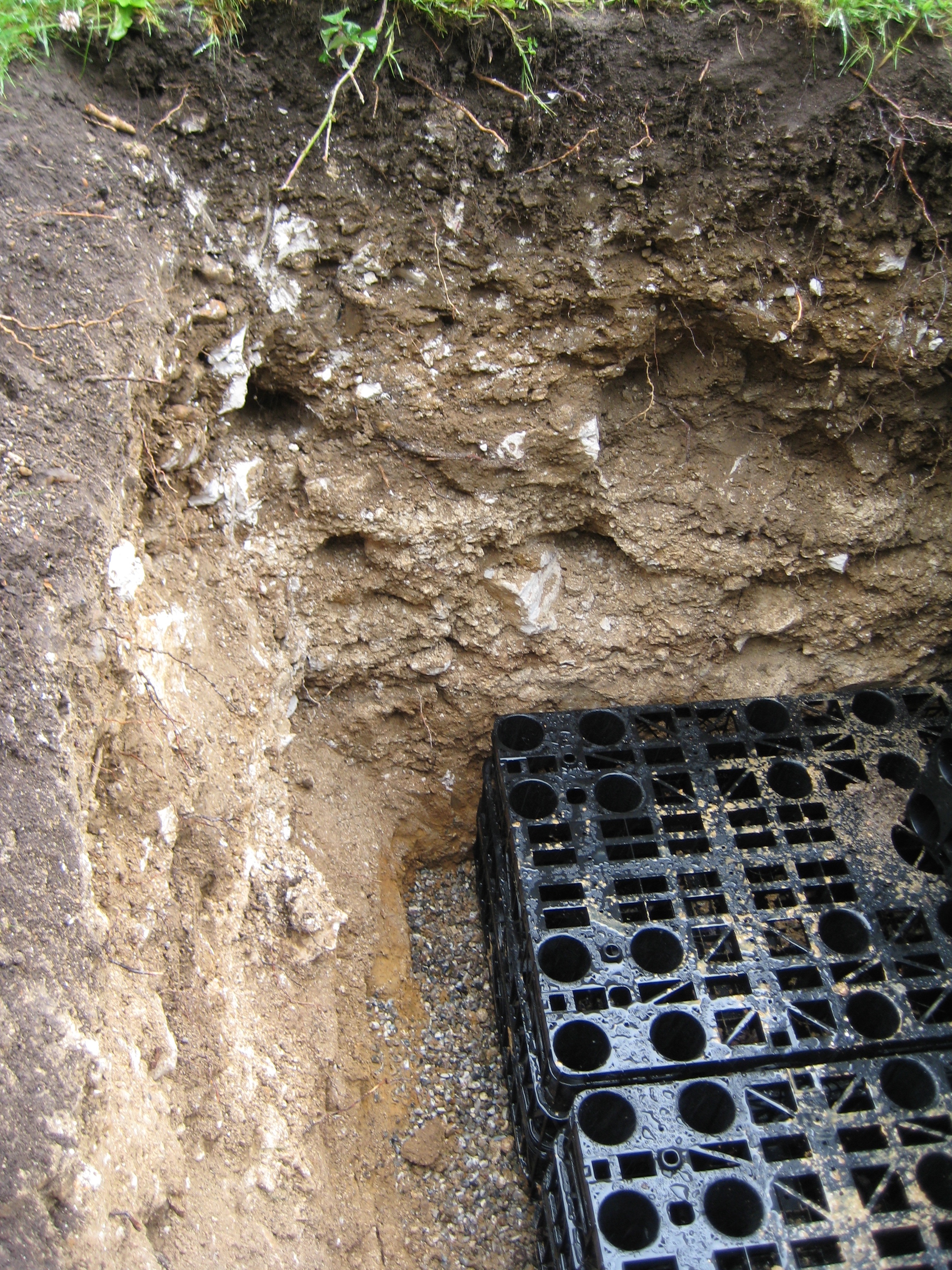 When the below-ground drainage had been completed, the asbestos cement downpipes, seen in the photo below, were replaced with cast iron.
Interestingly, notice in the picture below, the visible part of an engraved stone built into the wall.
This is almost certainly the foundation stone laid down in a small ceremony on 3rd June 1840
The remainder of this commemorative  stone is now concealed by the later construction of the Clergy Vestry. 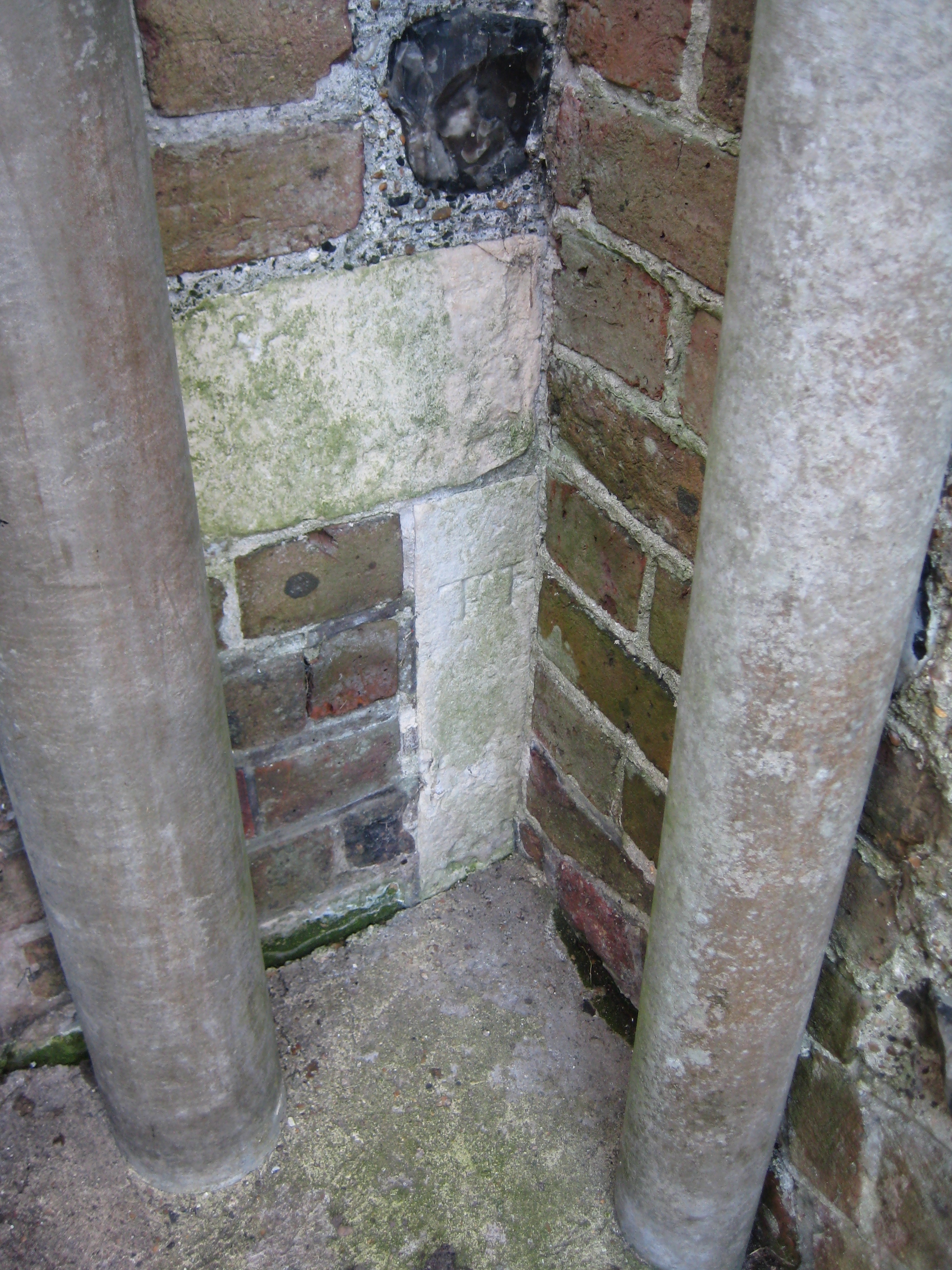 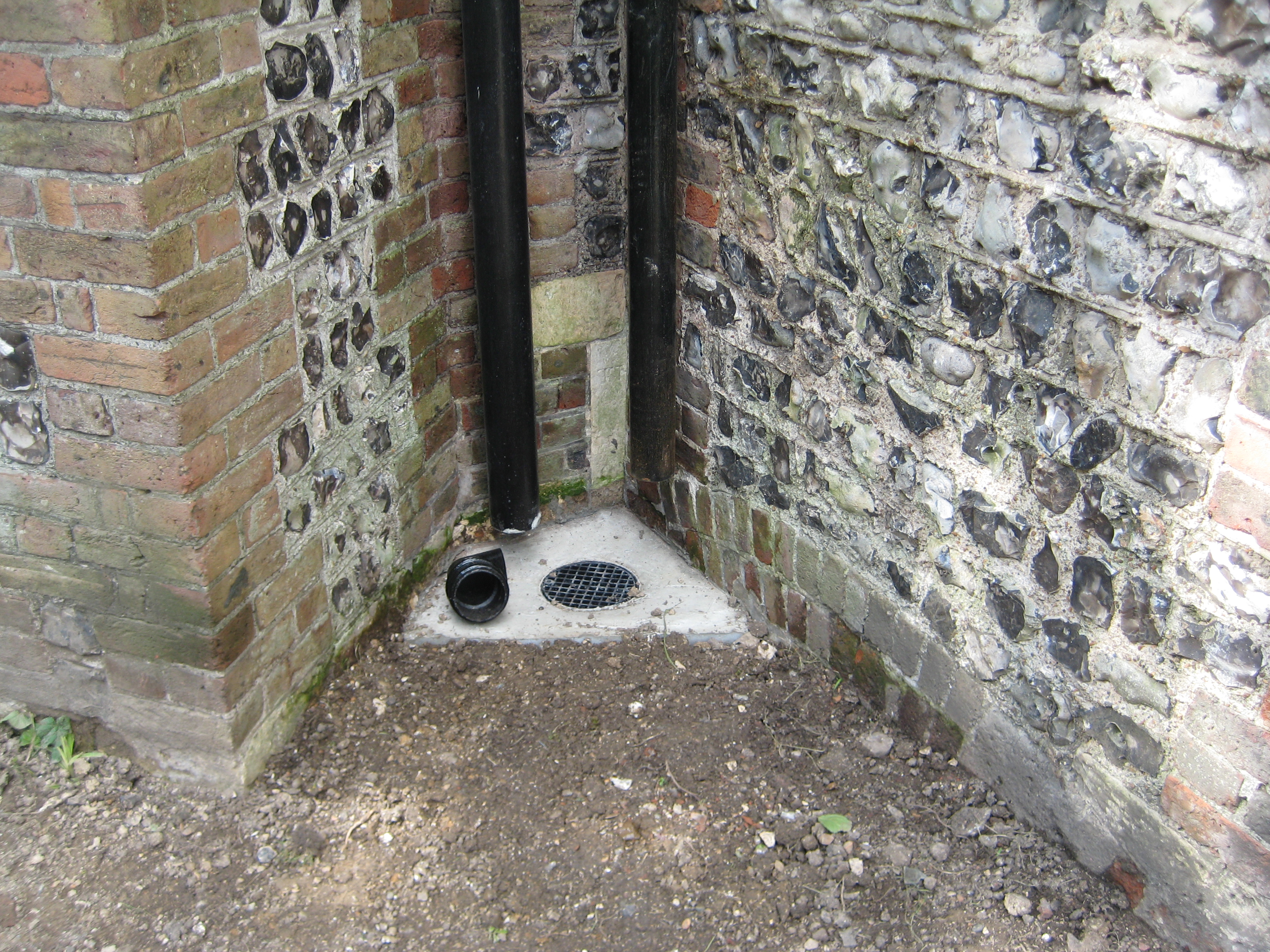 Backfilled and seeded at last . . . 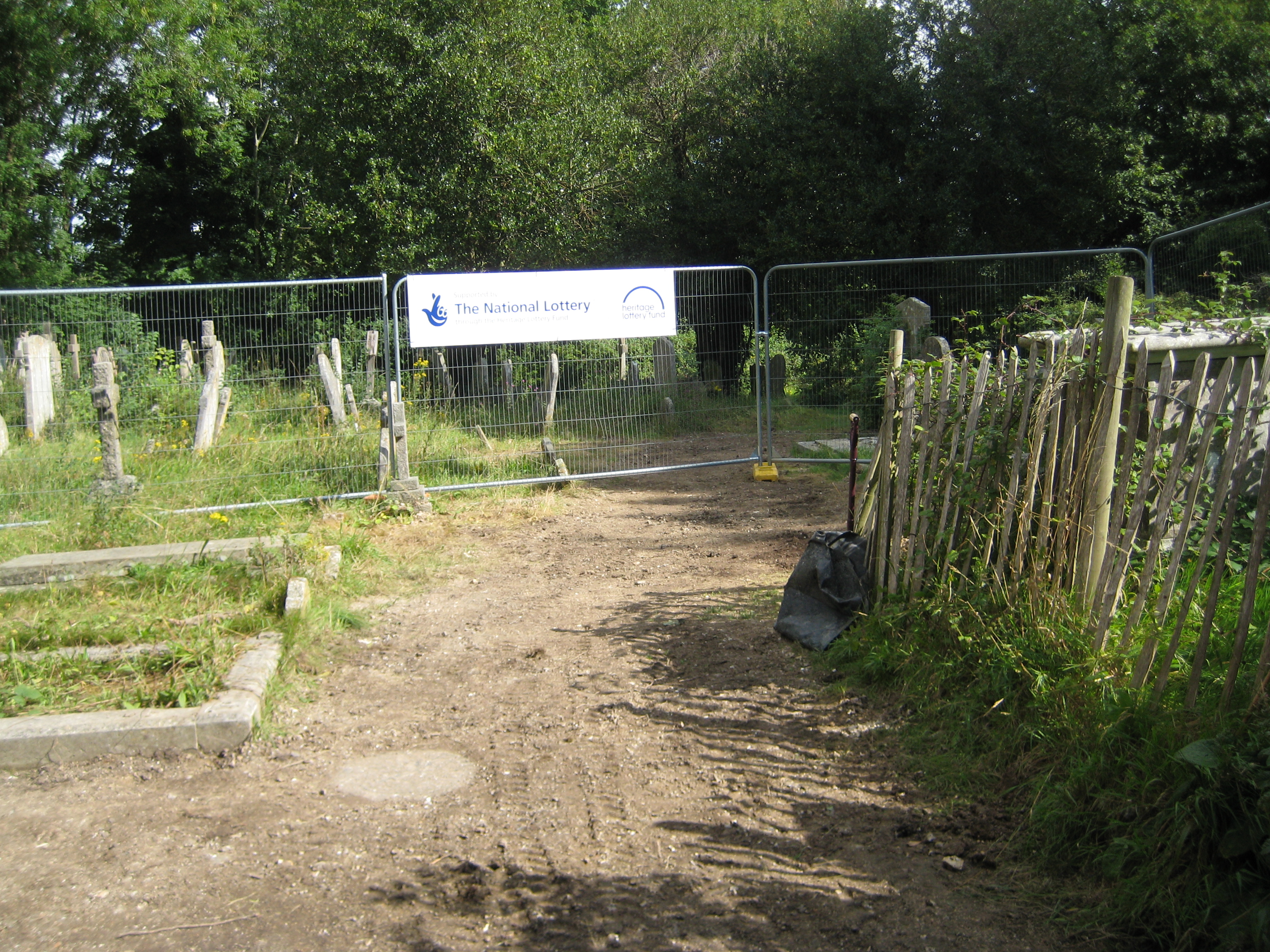