The Lamb and Flag Weathervane restoration, 2015

It is not known how long the present Lamb and Flag weathervane has been on top of the tower of St John sub Castro – further research into the church records may be able to provide an answer to this.

Suffice to say that by 2015, it was in poor condition – some of the N-S-E-W compass points were either partly broken, or missing altogether. The stays which held the mast in place were badly corroded, and the gold leaf on the Lamb and Flag was virtually non-existent.

Fortunately complete restoration of it has been possible , thanks to a grant awarded by English Heritage, and funded by the Heritage Lottery Fund. The work included de-rusting and repairing as necessary the supporting steelwork; the provision of new stainless steel fixing brackets; the repair of the compass points; and the repair and re-gilding of the Lamb and Flag itself.
The result has attracted much favourable comment!

Here is the supporting steelwork in the process of being dismantled before restoration: 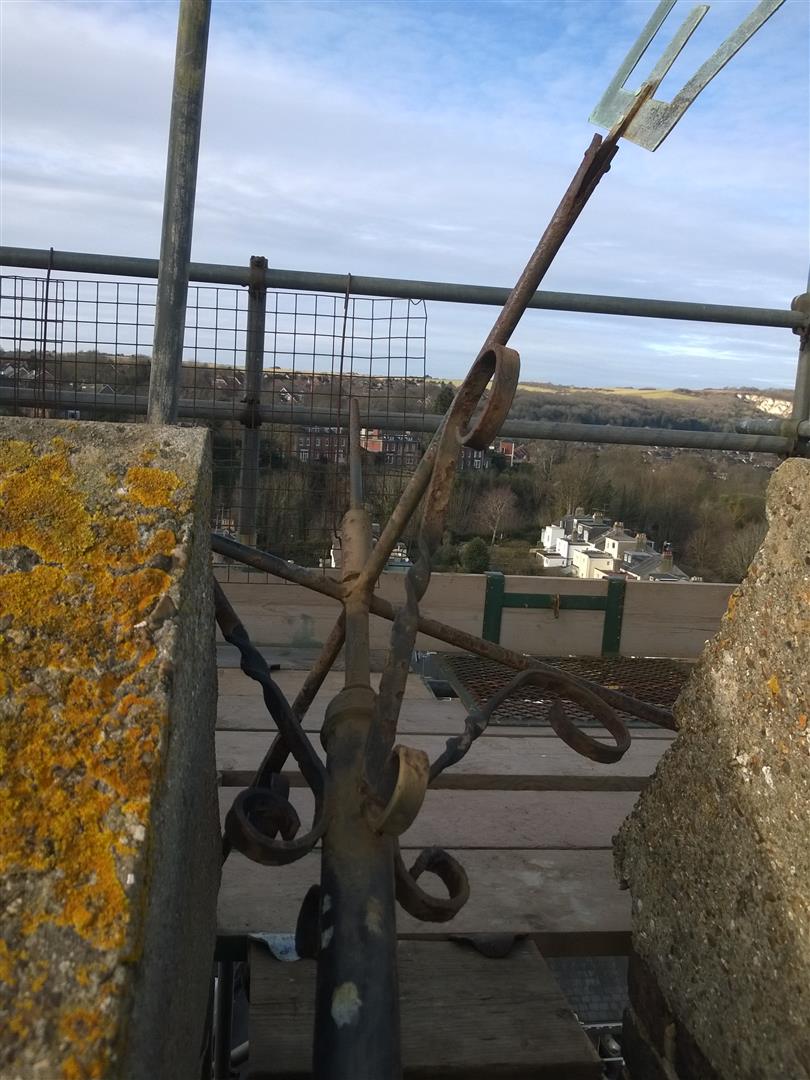 and here is the Lamb and Flag itself after repairing and re-gilding: 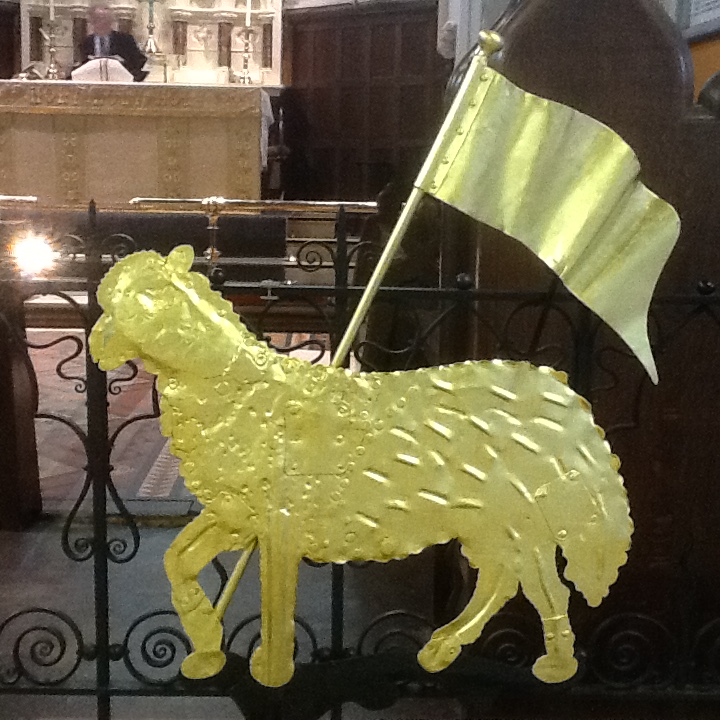 Close up of restored weathervane prior to installation

A small act of dedication was held in Church prior to it being re-mounted on top of the tower. 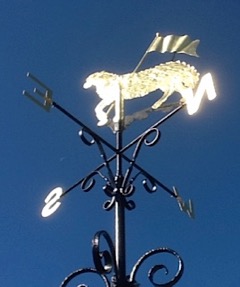 The Lamb of God weathervane, fully restored on top of the tower

But equally imposing on a grey day . . . 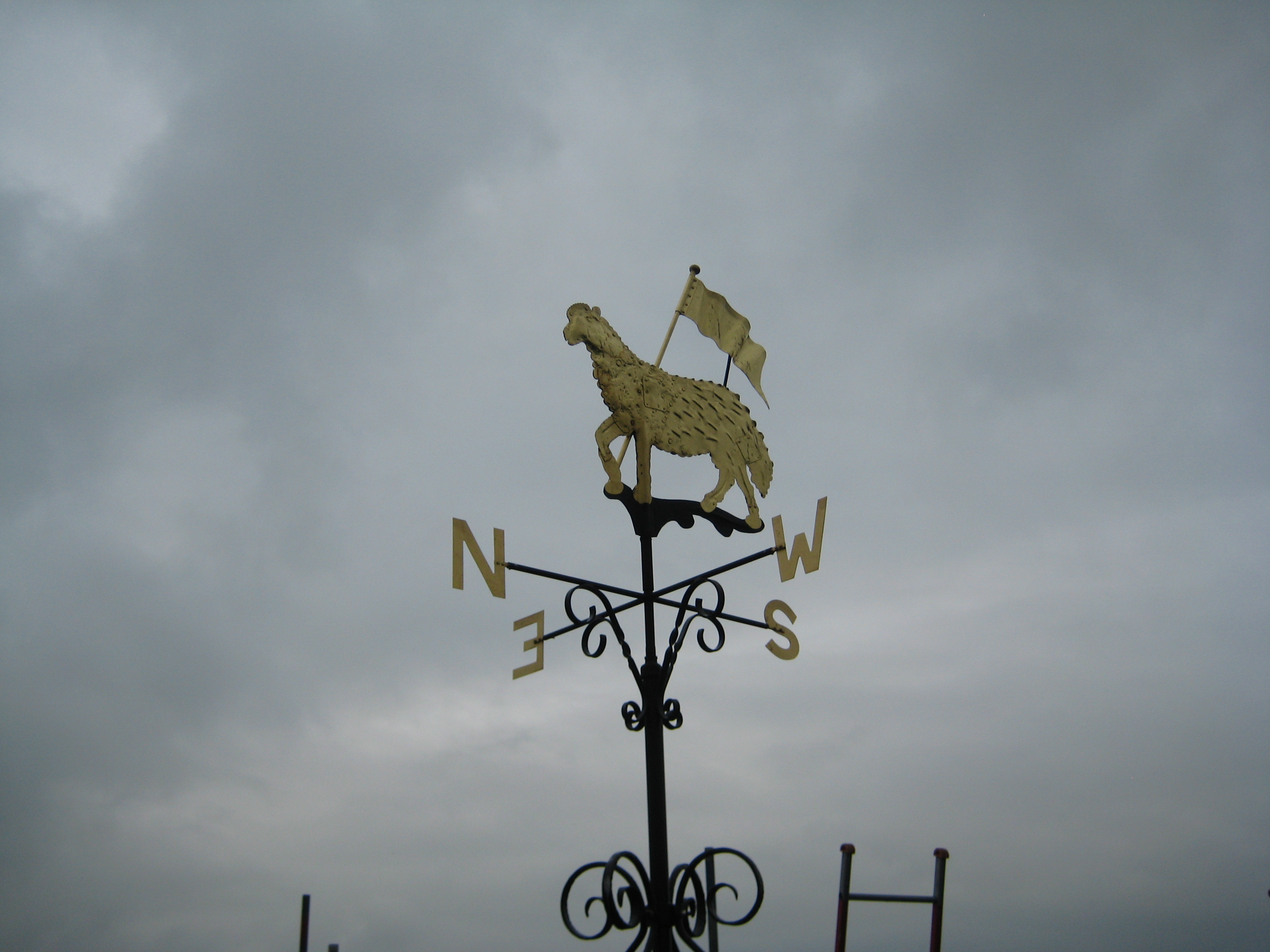