William’s birth appears to have been registered as William Marks, in Chelsea at the end of 1888, although on some census returns he is entered as born in Lewes. His parents, who were both from Lewes, were married at St John the Baptist, Southover at the beginning of 1889. The likely explanation for this anomaly in registration is that William was born in a mothers’ home and his birth registered by his father, hence the use of the surname Marks. William’s parents were William Henry Spiller and Emily Marks, nee Hope. Spiller was a family Christian name. He was their eldest child of eight.

In 1891 the family were living at 37 West Street, with William Henry described as a wood turner. Emily was heavily pregnant and a daughter was born very shortly after the census was taken.
By 1901 the family had moved to, what looks like, 8 Green Wall, in All Saint’s parish. The area around the neighbouring streets has been radically rebuilt so it is difficult to be certain exactly where this was. William Henry was now a cabinet maker.
By 1911 he was living at 13 New Road. The family remained there, and William Henry continued as a cabinet maker, working in his own right, up to his death.

William jnr however, had decided to join the army. He enlisted as a rifleman (private) in the 4th Battalion, the Rifle Brigade on 24/10/1907 as a regular soldier. He was numbered 2413. His army papers are among the ‘burnt documents’ but are available to read – with difficulty.
There is enough left to be certain that they belong to ‘our’ William. He does not seem to have been a model soldier however. There are numerous entries for insubordination, swearing, gambling etc up to 1914 and for each offence he was confined to barracks for periods of up to 10 days. 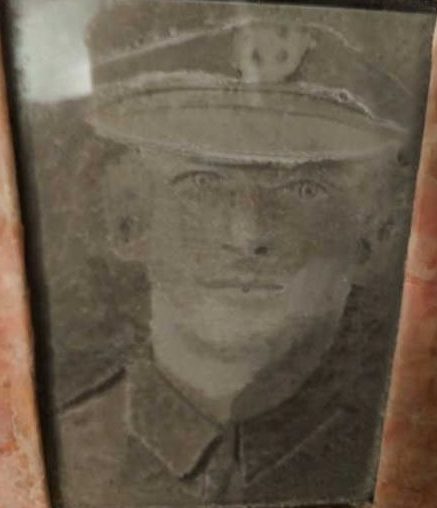 The 4th Rifle Brigade were stationed in Tipperary up to June 1912 so William does not appear on the 1911 UK census. While in Ireland he was hospitalised for periproctitis and spent 14 days in hospital in February 1912 and a further three days in May.
The Battalion was then posted to Dagshai in India from January 1913 and was still there at the outbreak of war. William had again spent a fortnight in hospital towards the end of 1913.

The Battalion was recalled, leaving Bombay (Mumbai) in October and landing at Devonport on 18/11/1914 before returning to barracks at Winchester. After a month of further training they embarked for France landing at Le Havre on 20/12/1914.

During 1915 they saw action at St Eloi, near Ypres and at St Julien. This latter was part of the second battle of Ypres and saw the first use of poison gas by the German forces. The attack here started on 22nd April and William was wounded by a gun shot to the left thigh on 09/05/1915. He was taken to a field hospital near Rouen and invalided back to the UK.

The wound took time to heal and William remained in Britain until 17/08/1915. During this period he was transferred briefly to the 6th Battalion, a reserve battalion, before joining the 9th Service Battalion as he returned to France.

Fighting was intensifying and William saw action at the Battle of Loos in September 1915. This was not a successful campaign and losses were huge. William was made up to corporal on 29/09/15 and sergeant less than a fortnight later. These are noted in his papers as ‘in the field’ so were based on need and his ability under fire. He was later reported as being a very popular NCO.

Attacks and fighting continued and on 28/01/1916 William received a gunshot wound to his right forearm. He was taken to a casualty clearing station and then hospital at Etaples. He was again sent back to the UK to recover and rejoined his battalion on 20/03/1916. Events were now building towards the attack on Guillemont, planned for mid-September 1916. Attack and counter-attack from the river Somme northwards meant that the lines of battle were confused and William was listed on the weekly missing list, dated 21/09/1916.

The local Lewes paper reported on his death in December 1916 but he was not officially declared to have died, on 15/09/1916, until nearly a year later. He has no known grave and is remembered with his comrades from the Rifle Brigade on the Thiepval Memorial on pier 16 faces B and C.

William is remembered by name on the Rifle Brigade Memorial in Grosvenor Gardens, Westminster and on their Roll of Honour held at Winchester Cathedral. He is remembered locally on the St John sub Castro Memorial as well as the Lewes War Memorial. He was entitled to the War and Victory medals and the 1914 Star, which were sent to his parents at 13 New Road.