John was born in Nantwich in Cheshire, the son of John and Mary Elizabeth Dunning, nee Cartlidge. He was baptised in Nantwich parish church on 28/10/1888. His father was listed at his baptism as a publican but later as a wine merchant. On the 1891 and 1901 censuses John was still living at home in Nantwich.

By 1911 he had moved to Lewes and was lodging in Toronto Terrace. John was a journalist working for the Sussex Express and County Herald, where he rose to become their chief reporter. He had previously been employed by the Montgomery Express.

He took an active part in town and church life. He sang in the choir at St John sub Castro, and was honorary secretary of their branch of the Church of England’s Men’s Society. A keen sportsman, he cycled, ran, played rugby and was a member of the Lewes swimming club. He was often mentioned in the paper for his sporting prowess. John joined the Oddfellows at the Coronation Lodge where he was secretary for a while. He was also Past Arch of the Ancient Order of Druids in the town, before taking up his duties at the Provincial Grand Lodge.
He served for a period in the Territorials, completing his term just as war broke out. 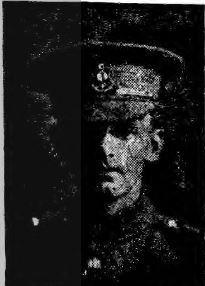 John Dunning, as printed in the Sussex Agricultural Express

John’s army service papers are no longer available to view but from other sources we know quite a bit about his wartime service. He enlisted in the 2/5th Battalion the Royal Sussex Regiment in Lewes in 1915. His number, 3302, indicates an enlistment date in late June 1915, possibly the 27th or 28th.

He arrived in France in late 1915 and immediately began writing back to the paper filing reports of what he was doing. These were always positive, despite the conditions he was enduring. Writing about the mud he says that although they were covered head to toe once it had dried overnight it was easy to knock off and look almost as good as new.
He spent the Christmas 1915 in France and his next letter was full of how they had enjoyed the day. He fought at the Battle of Aubers where his hand was injured by shrapnel. He spent some time in hospital where he wrote that his care was very good.

The next major battle for his battalion was the Battle of the Somme on 01/07/1916. Casualties in the battalion were very high and John, now a lance corporal, was again injured. This time he was invalided back to the UK where he spent time in Lewes recovering. When he returned to France in November as a full corporal he was transferred to the 13th Battalion and renumbered G/16392.

While he missed his previous colleagues he wrote back describing Christmas in Belgium and praising the Sussex men he was with. He began working towards becoming a sergeant and on some records he is listed as a lance sergeant although the CWGC have him listed as corporal.

John was killed in action by a shell burst on 14/06/1917, the last day of the battle of Messines Ridge near Ypres. While the battalion’s objective was achieved casualties were high. His death was fully reported in the local paper just a week later. Comments from letters sent to the paper and to his parents by his commanding officer and colleagues were also fully reported.

John was entitled to the War and Victory medals which, along with his effects, were sent to his mother as his next of kin. John was one of the first men to be buried in the Vlamertinghe New Military Cemetery. He is buried in plot 1, row B grave 2.

In addition to his name being inscribed on the St John sub Castro Memorial, he is also listed on the Lewes War Memorial, the Memorial at Newtown, Montgomeryshire, and on a tablet at the Lewes Swimming Club.