John was born in Lewes in the first quarter of 1883 but not baptised until three years later, on 30/05/1886, at St John sub Castro. He was the only son of Thomas and Esther Beney, nee Gravett, but he had three sisters.
In 1891 they were living at 22 Sun Street and his father was a painter. What type of painter is not defined but by 1901 he was called a house painter. John’s mother died in 1900 and by the following year the family had moved to 17 New Street, with John listed as a journeyman baker.

He married Mary Louisa Charlotte Lawrence, sometimes spelt Lawrance, in mid 1909. Two years later John was described as a baker’s van man and he and Mary were living at 7 Paddock Road. His father and new stepmother were living in Priory Street, and his father was described as a railway painter. A son, Ronald John, was born in May that year and a second son, Eric Thomas, in 1914. A daughter Gladys Mary followed in September 1917. The family had moved to 1 Toronto Terrace by 1920. 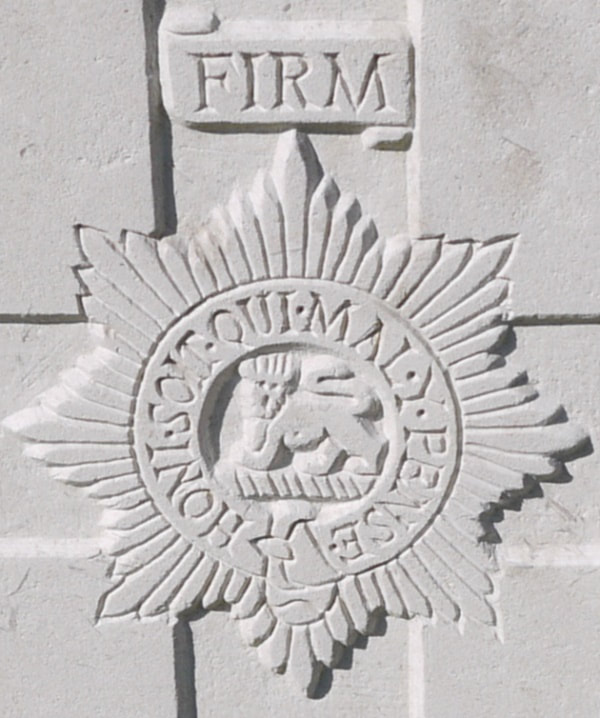 As an older man, he was 34, John might not have expected to serve, and since Gladys was born in September 1917 he must still have been at home at the beginning of that year. An enrolment in March could fit with this time line.

He was entitled to the War medal, but not the Victory medal which suggests that although he was a member of the forces he had not entered a ‘theatre of war’ prior to 11/11/1918. Home service was not a qualification for the Victory Medal. John was one of a small percentage of men who fell into this category.

It is not known when John was posted to India as part of the 9th Battalion. While there he contracted Cholera from which he died on 22/06/1919. He was buried in Kirklee Cemetery in Poona in grave 380 and is also remembered on the Kirklee Memorial on face 5. He is additionally remembered on the St John sub Castro Memorial and the Lewes War Memorial.

A sad postscript to John’s life is that both his sons, Ronald and Eric, were killed in WW2 and are named on the St John sub Castro Memorial.