Jesse was born in Eastbourne on 01/04/1890, the son of Jesse and Harriet Fry, nee Boniface. At this stage I have been unable to find his baptism. Family records say that he was named Jesse Thomas and his details are recorded on the Memorial at St John sub Castro as JT, however, many of his army records refer to him as Thomas Jesse, or simply TJ. There does not seem to be any reason for this reversal of names.

The 1891 census lists the family living at 7, Spring Terrace, Willingdon. This was near the Red Lion on Wish Hill. Jesse snr was listed as a bricklayers’ labourer. By 1901 Jesse snr was not at home but the rest of the family were living at 179 Langney Road, Eastbourne. Jesse snr. died on 22/01/1903 in Wivelsfield, possibly in the mental institution, and his mother remarried the same year.

Jesse jnr also seems to have had a rather troubled life as on 08/05/1911 he was admitted to the St Augustine’s Mental Institution at Chartham, listed as a pauper. He stayed in the institution for about six weeks and was released.
He was then admitted to the Brighton Institution, which, confusingly, was the name of what became St Francis Hospital in Haywards Heath, but is actually in Wivelsfield parish. He was admitted on 22/07/1911 and released on 30/12/1911. Meanwhile his family had remained in Eastbourne.
Jesse returned to Eastbourne and obtained a job as a waiter at the Grand Hotel.

Jesse enlisted as a gunner in the Royal Field Artillery in August 1916 in Eastbourne and married Ada Mary May Gabb in Whitechapel on 20/09/1916. Ada’s father was a hotel steward in Eastbourne for some years although in the marriage register he was described as a hotel manager. Ada had been working as a housemaid and at her marriage was living at 2 Church Lane, Whitechapel. Jesse gave his address as the Grand Hotel.
A daughter Millie Joan Ada was born in Lewes on 17/03/1917. 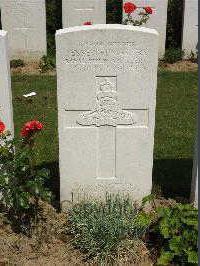 Jesse’s army service papers are no longer available but other sources reveal some of his wartime service.
He was numbered 163904 and became part of ‘A’ Battery, 246 Brigade, RFA. It is uncertain when he arrived in France but he was wounded on 02/10/1917.
He was wounded for the second time on 21/03/1918 near Camiers and sent to No. 18 Casualty Clearing Station. His wounds were described as inflammation of the connective tissue of the abdominal wall. He was included in the sick convoy of No. 10 Ambulance Train and placed on a hospital ship on 29/03/1918 in a high dependency ward and taken to the UK.

Jesse is buried in the Aubert British Cemetery in plot V D 2. He was entitled to the War and Victory medals and these, in addition to his effects were sent to Ada, then living at 17 Toronto Terrace.

In addition to his being remembered on the St John sub Castro Memorial and the Lewes War Memorial he is also listed on the wooden panels that form the Eastbourne Memorial, situated at the top of the stairs in the Town Hall. On this his initials are given as TJ.