Harry was born in Buxted at the end of 1875 and baptised there on 10/10/1875. His parents were Solomon and Ann Avis, nee Miller. In 1881 the family were living at 3 Hendall Cottages in Five Ash Down but by 1891 had moved closer to Maresfield. Both Solomon and Harry were agricultural labourers. 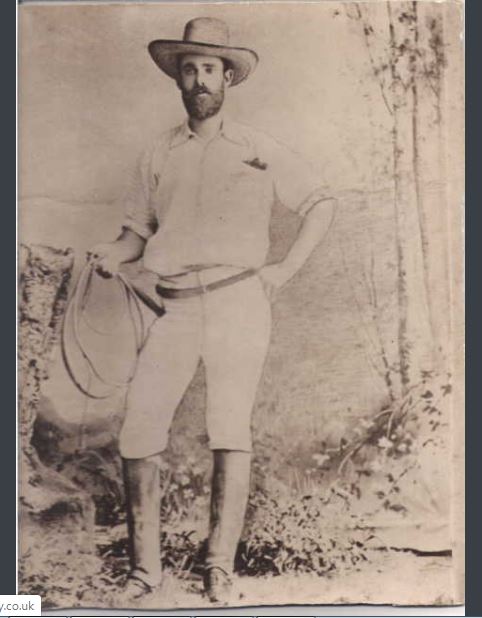 Harry married Mary Jane Hunt in the Lewes district in the second quarter of 1900. At this stage it is not known which parish this was but since Mary was living in Glynde before her marriage and continued to do so afterwards so this would be an educated guess. On the 1901 census Harry and Mary were listed living with her widowed father in Glynde Street. Harry was a bricklayer. The family were still there in 1911.
By now Harry and Mary had three children all of whom had been born in Glynde. Their first son was born on 1st April, the day before the census was taken. Harry described himself as a general labourer.

In September 1913 Mary Jane summoned a local blacksmith to the Lewes Police Court for assaulting her while she was getting fish and chips for supper. The report of the case in the Sussex Agricultural Express gives several clues to Harry and Mary Jane. They were now living at 26 North Street and had clearly been doing so for some time as Mary had previously given evidence against her assailant in a paternity case in April 1913. This might suggest a move from Glynde in 1912. The phrase ‘in her condition’ was used by a witness suggesting she was again pregnant, and a second son was born on 03/05/1914 in Lewes. After September 1913, and probably following Harry’s death in 1916, the family moved to 13, New Street.

Harry’s army papers are no longer available to view. They were almost certainly amongst the ‘burnt papers’ destroyed when the repository was hit by an incendiary device during WW2. We know from other sources that Harry was a private in the 2nd Battalion the Hampshire Regiment when he died, and from his medal roll index card that he entered France on 12/12/1915. While this shows that he chose to enlist rather than being conscripted it does not show his initial enlistment, which was in Brighton.
The 2nd battalion did not enter France until March 1916, having previously been deployed in Gallipoli. This would suggest that Harry was transferred from his originally enlisted regiment as he entered France. His regimental number, 21107, was part of a sequential series of numbers assigned to men who were all transferred the same day. They came originally from a number of different regiments and the most likely of these, in Harry’s case, is the Royal Sussex Regiment.

Harry was killed in action on 20/10/1916, the last day of the battle of Transloy Ridges. This was part of the first battle of the Somme fought in horrendous conditions of mud and poor weather. Harry has no known grave and is remembered with his comrades on the Thiepval Memorial on pier and face 7C and 7B. His name is also inscribed on the St John sub Castro Memorial and the Lewes War Memorial. A digital version of the Hampshire Regimental Roll of Honour is available to all at Winchester Cathedral.

Harry was entitled to the 1914 Star and the War and Victory medals which were sent to Mary Jane.