Gerald was born in Lewes in mid 1895, the only son of George Ruby and Mathilde Batchelor, nee Watkins, although later he suggested he was born in France. Mathilde was French and had previously been married to Henry Jennings, a prestigious racehorse trainer. He trained horses for Napolean III’s half brother and established a stables at La Croix Saint-Puen near Oise in France. After his death Mathilde married George Ruby Batchelor and they continued to run the stables.

By 1901 Gerald was listed as a boarder, aged just 5, at Lewes Grammar School. In 1911 he was visiting Race Horse trainer Harry Escott, who lived at Astley House in Spital Road. Both these census entries may seem unusual, but the reason for them becomes clear when we look at the reasons for Gerald’s first attempt to enlist in the army.
He appears to have enlisted at Caterham in the 14th Company of the Grenadier Guards on 07/01/1915 as Private 21688. On his papers his parents are named but their address is given as Forest house, Chantilly, Oise, France. Gerald says that his father is a trainer. He also says that following discharge he will be living at Astley House. He further gives his own occupation as horse trainer.
Gerald was discharged just 8 days after enlisting as ‘Not likely to become an efficient soldier’. The reason given was that at his medical examination it was recorded that he had a right inguinal hernia. He seems to have been acceptable on all other levels.

The outbreak of war had a major impact on the horse race training centre around Chantilly where George was running a very successful stable. Around a fifth of the local residents were British and the majority of the men worked with horses in some capacity or other. Following the outbreak of war many chose to enlist in the British army rather than be conscripted into the French. Gerald was one of them. He was said to be a promising jockey working for his father, having started his training in Lewes. For Gerald, having a French mother and working and living in France, it was important to have an English address, hence giving Astley House as his residential address. 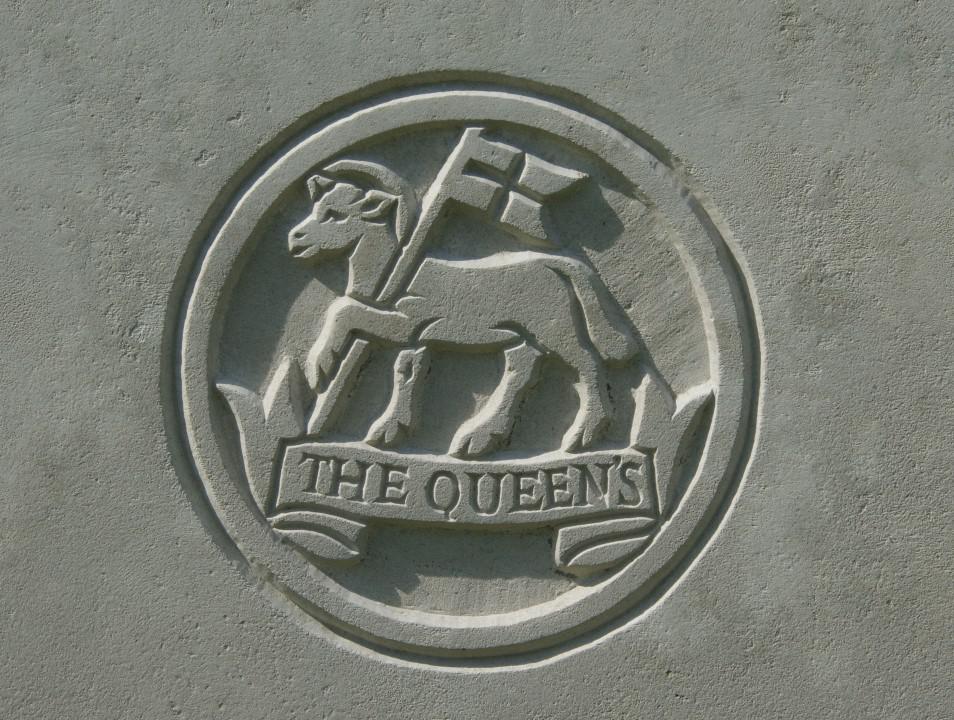 Gerald’s actual enlistment papers are no longer available but from other sources we know that he had originally been a member of the Sussex Yeomanry, a mounted unit, and numbered 2433. This number was issued in early 1915. It is unclear when Gerald was transferred to the 10th Battalion Queens Royal West Surrey regiment. His number, G/21541, would suggest late 1916. He was placed in D Company.

Although, unusually, the battalion war diary does not record the arrival of new drafts of men, the very heavy losses sustained in mid-September in one of the many battles on the Somme meant that the battalion was seriously under strength. In that one engagement alone the battalion had lost over 350 officers and men killed, wounded or missing. D Company lost nearly 100.

From his medical records we know that Gerald did not serve in the field until late October or early November 1916 so it would seem likely that he entered France as part of a draft from the reserves.
His overseas service was short. On 04/01/1917 he was admitted to the 139th Field Ambulance Hospital where he stayed for 3 days suffering from pyrexia, unexplained fever. He was transferred to the 41st Division Rest Station to recover. At that stage it was noted that he had served in the field for just 3 months.

On 25/02/1917 he was again admitted to the 139th Field Ambulance Hospital and subsequently transferred to No 3 Canadian Casualty Clearing Station with shrapnel wounds to his back. Regimental records show that his injury was sustained in an attack on the enemy lines at Rollandscheschuur. In this action 39 officers and men were killed and 93 wounded. Complete records of Gerald’s injuries are unavailable but he was invalided back to the UK and admitted to King George’s Military Hospital in London, where he died from his wounds on 15/03/1917.

Gerald is buried in Nunhead (All Saints) Cemetery in London in plot 89. There is no individual headstone but he is commemorated on the screen wall on panel 1. St Peter’s Anglican church in Chantilly has two stained glass windows in memory of those members of the congregation who died in WW1, including Gerald. Additionally he is also remembered on the War Memorial in Chantilly, the St John sub Castro Memorial, but not on the Lewes War Memorial.

Gerald was entitled to the War and Victory medals and these, and his effects were sent to his parents in France.