Frederick John, known as Fred or Freddie, was the youngest son of George and Jemima Piper, nee Walls. He was born in Lewes in 1893. Jemima died in 1899 and George in 1902 having been living in the workhouse in 1901. The family were split up, either married or in service, or in Fred’s case, living with his uncle William Solomon, a horse breeder from Brighton.
Several of the children went into service, In particular his sister Annie who, by 1911, was working for Sidney James Ackerman McLoy in South Hampstead. Frederick is not listed on the 1911 census suggesting he was overseas. His later obituary says that he was ‘for some years, in the service of the British Minister at Copenhagen.’ This was almost certainly William Conyngham Greene who was Minister from 1910 – 1912. 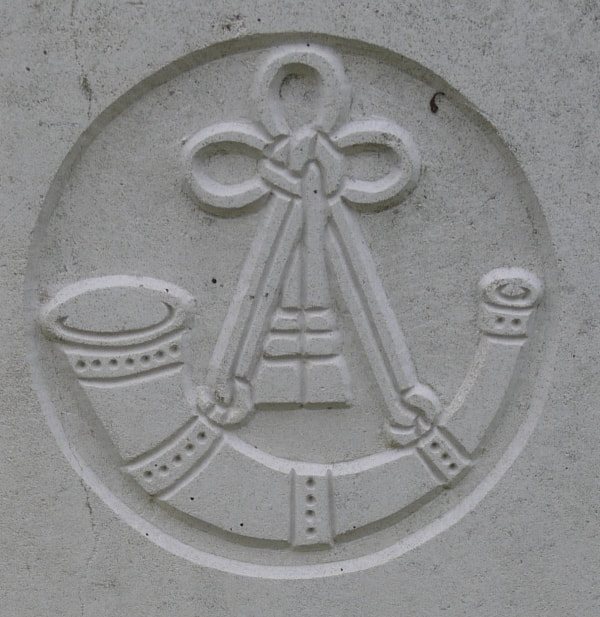 Fred enlisted in the 1/4th Battalion the Oxford and Bucks Light Infantry in Oxford, as a career soldier, and was numbered 4994. His army papers are no longer available to view so we do not known when he enlisted. From other sources we know that he gave his sister Annie as his next of kin, and gave an address in South Hampstead. Annie was working in South Hampstead at least up to mid 1914. She married in Hastings in the 3rd quarter of 1914 so this would suggest a relatively early enlistment date between 1912 and 1914. Other paperwork gives his sister Edith, then married and living in New Road, as next of kin.

The 1/4th Battalion was originally a Territorial Force stationed in Oxford as part of the South Midland Division. However, they were billeted in Writtle near Chelmsford between August 1914 and March 1915 prior to being sent overseas.
They landed at Boulogne on 30/03/1915 and in May became part of the 145th Brigade of the 48th Division. Some time after January 1915 Frederick was made up to Lance Corporal.

The Battalion saw extensive service in France and Flanders and were in action on the first day of the Battle of the Somme in July 1916. Their war diary details events throughout July.
On 23rd July all the companies (A B C and D) were in action at Pozieres Ridge where there were heavy casualties. The diary does not list men by name but shows 40 officers killed with 5 missing and 167 other ranks either killed or missing. Companies A, B and D lost nearly all their NCO’s suggesting that Fred was probably in one of these companies.

Fred was recorded as killed in action on 23/07/1916 but has no known grave. He is listed with his colleagues on the Thiepval Memorial on Pier and Face 10 A and 10 D.

He is remembered on the St John sub Castro Memorial as well as the Lewes War Memorial. His medals as well as his effects were sent to Annie.